The T&T law firm in Greater Kailash-I was raided after the police received a tip off. 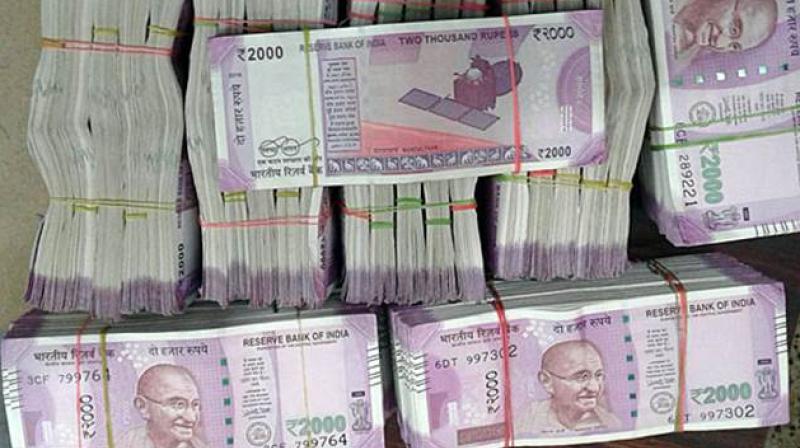 New Delhi: Delhi Police on Saturday raided the office of a law firm in southeast Delhi's Greater Kailash-I area and recovered more than Rs 13 crore in cash, of which Rs 2.5 crore was in new banknotes released after demonetisation.

The raid was carried out by the Crime Branch at the office of T&T Law Firm, a senior police officer told PTI.

Besides the new notes worth Rs 2.5 crore, currency in Rs 100 and scrapped Rs 1000 notes were also recovered from the firm.

When the police team raided the office, its rooms were locked and a caretaker was present. Police are searching for the firm promoter Rohit Tandon. They said that more cash is likely to be recovered in the follow-up raids.

The T&T law firm in Greater Kailash-I was raided after the police received a tip off. Sources said that it is the highest recovery of new banknotes from Delhi so far. The cash recovered from the law firm was stashed in cupboards and suitcases. The seized cash allegedly belongs to racketeers of black money, the Asian Age sources said.

The Rs 2.5 crore in new bank notes recovered from the law firm is the highest recovery reported from Delhi since the demonetisation drive was announced on November 8 midnight.

The tax department had searched the premises of Tandon about two months ago. They had recovered documents related to Rs 19 crore in unaccounted money, which had been kept as fixed deposit in a bank.