It is very unfortunate that such an episode has taken place, says Arup Raha. 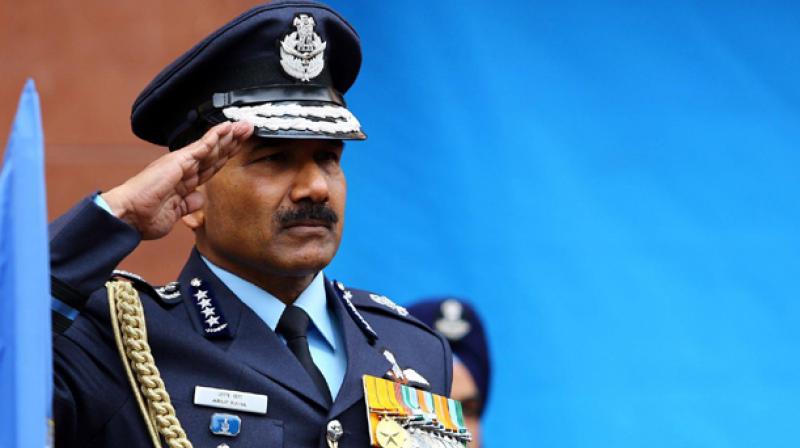 According to him, the former IAF chief’s has dented the image of the force.

He said, “It is very unfortunate that such an episode has taken place. It does dent our reputation as a professional force but we believe in the rule of law. I am sure every Indian citizen believes in the rule of law. The due process is on. Whatever is the final verdict, we will go by that. The matter is sub judice. Therefore, I would not like to say anything more.”

Air Chief Marshal Raha was talking to the media on Saturday evening at the Kolkata Airport where he inaugurated the installation of a MiG-27 fighter aircraft, which has been put on display. He started his one-day whirlwind tour to West Bengal after coming from Shillong where he chaired the commanders’ conference of the Eastern Air Command. The IAF chief visited Sainik School in Purulia and Gun & Shell factory at Cossipore, Kolkata.

But wherever he went, he made his assertions clear when asked about the former IAF chief’s arrest in the VVIP chopper scam. In Purulia, he observed that the arrest “adversely” affected the reputation of the IAF while expressing his faith in the judicial system. He said, “I can rest assure you, the IAF and the Armed forces will continue to serve the nation to best of its abilities and if anything is wrong, we will correct it quickly.”

On the Rafale deal, he said, “Its delivery time caters from 36 months to around 66 months. So within next three years, the first few aircrafts will be delivered to us. In the next five years, two full squadrons of Rafale aircrafts will be made operational in the IAF. It is an extremely capable aircraft and will tremendously enhance our operational capabilities.”