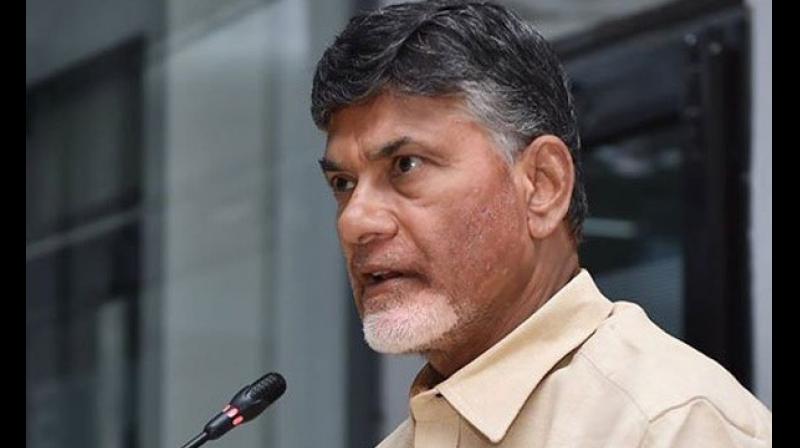 The newly-inducted ministers were administered the oath of office and secrecy at the Raj Bhawan by Andhra Pradesh Governor ESL Narasimhan. (Photo: ANI)

Amaravati: Andhra Pradesh Chief Minister N Chandrababu Naidu on Sunday inducted two new ministers in his Cabinet, eight months after the Bharatiya Janata Party (BJP) decided to severe ties with the TDP after the regional outfit pulled out of the National Democratic Alliance (NDA) in March this year.

The two ministers who were inducted in the N Chandrababu Naidu-led government are NMD Farooq, who was the chairman of Andhra Pradesh Legislative Council and Kidari Sravan Kumar, son of late MLA Kidari Sarveswara Rao, who was shot by Maoists in September this year. Sravan Kumar is a novice in politics. He holds a Bachelor of Technology degree from the Indian Institute of Technology (IIT), Varanasi.

The newly-inducted ministers were administered the oath of office and secrecy at the Raj Bhawan by Andhra Pradesh Governor ESL Narasimhan. The ministers will be given the portfolios earlier held by BJP MLAs Pydikondala Manikyala Rao, who was Endowments Minister and Kamineni Srinivas, who was the Health Minister. They had resigned from the Cabinet on March 8 following the rift between the Telugu Desam Party and the BJP. Andhra Pradesh will go to polls in May next year.