Ahead of 2019 test, Odisha Congress battles against crisis of confidence 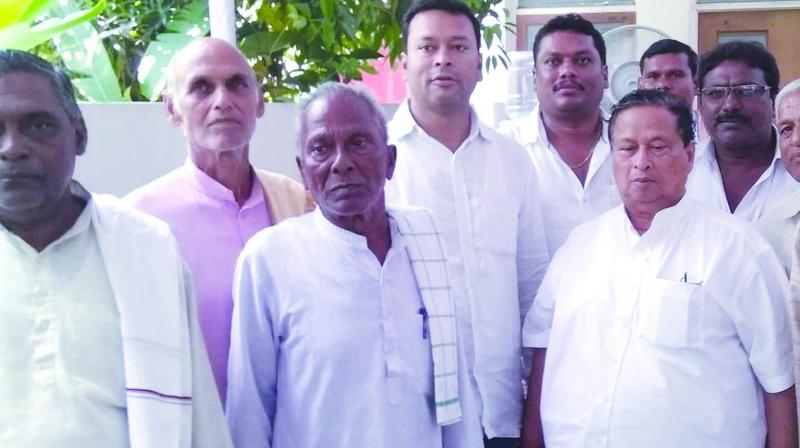 Bhubaneswar: Notwithstanding the Congress effecting a top-level change of guard in Odisha and appointing firebrand All India Congress Committee (AICC) general secretary Jitendra Singh as the state in-charge, the grand old party has failed to prevent the exodus of party veteran leaders to other parties, mostly the BJP.

At least two top leaders have left the party in the past 15 days, indicating that all is not well in the organisation.

Sources in the party said that more senior leaders are planning to quit the party to join hands either with the BJP or the ruling BJD — the two major political players vying to come to power in 2019.

In the last week of October, the Congress received a big jolt when former minister Padmalochan Panda of Balasore and senior leader Madhabananda Mallick of Bhadrak quit the party and joined the BJP in the presence of Union minister Dharmendra Pradhan. Both the leaders were prominent faces in their districts, leading the party’s election activities for over three decades.

The former lawmaker Mr Panda, who represented Simulia Assembly constituency thrice, was a senior minister in the J.B. Patnaik government from 1995-2000. He quit the Congress saying that the party has “no future”.

He held the national leadership responsible for the poor condition of the Congress in Odisha.

“Neglect by the national leaders is the major reason behind weakening the party at the state level. A couple of years ago, we all wanted senior leader Niranjan Patnaik to be appointed as the Pradesh Congress Committee president. However, the AICC did not approve it. Very recently, the AICC appointed Mr Patnaik as the PCC chief. I don’t think it will yield any substantial results,” Mr Panda said.

Mr Mallick said that the Congress was caught “neck-deep” in factionalism and that was the reason he left the party.

Western Odisha which was once the citadel of the Congress, at present, does not present a good picture of the party, nor does it hold any promise of bright prospects in future. Of the 35 Assembly seats under five western Odisha Lok Sabha seats — Bolangir, Kalahandi, Sambalpur, Sundargarh and Bargarh —- the party holds only three. Similarly, on the 21 Assembly segments in southern Odisha, the party has only four lawmakers. Of the remaining 89 seats spread across coastal, north and central Odisha, the grand old party has got only eight legislators.

According to political analysts, the BJP’s aggressive consolidation efforts have left the state Congress chief and his lieutenants at their wits’ end.

Led by Union petroleum and natural gas minister Pradhan, the saffron brigade is working overtime to reach out to the potential leaders in rival camps and woo them to its side. The efforts have resulted in former chief minister Giridhar Gamang and Odisha chief minister’s ex-Cabinet colleague Jayaram Pangi joining the BJP.

Congress’ fortune in Odisha has been on the decline since 2000 when it was voted out of power. The grand old party had ruled the state for nearly four decades before being decimated in the 2000 elections by the BJD.

The Congress has seen its fortune plummeting constantly because of lack of unity among the top leaders. Factional feuds among leaders shattered the morale of party workers, most of whom switched over to the BJD and the BJP.

In the past, most of the Congress workers changed their allegiance to the BJD mainly because of ideological issues. Of late, those who are quitting the party are getting attracted towards the BJP because of a strong leadership that is emerging in the party.

“The constant downslide of the Congress has resulted in exodus of senior Congress leaders as well as their party workers to other parties,” said political analyst Ratikant Mohanty.

He said that the BJP is more attractive for those leaving the Congress. “The ruling BJD is becoming unpopular because of several scams involving hundreds of crore rupees. The emerging BJP remains the next alternative to the disgruntled Congress leaders and workers who want to secure their career,” said the political analyst.