Pakistan on Friday offered India a meeting between Indian national Kulbushan Jadhav and his wife on ‘humanitarian grounds.’ 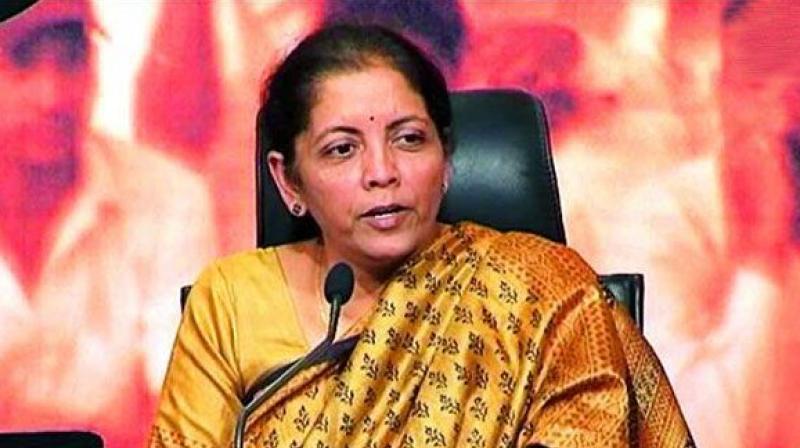 'The meeting of Kulbhushan’s wife with him will increase his morale. We are trying our best to bring Kulbhushan Jadhav back to India,' Sitharaman said. (Photo: PTI)

Gandhinagar: Defence Minister Nirmala Sitharaman on Saturday said the meeting of imprisoned Indian national Kulbhushan Jadhav with his wife will boost his morale.

“There are procedures. The meeting of Kulbhushan’s wife with him will increase his morale. We are trying our best to bring Kulbhushan Jadhav back to India,” she told the media.

We are trying our best that he be released & brought to India. So if his wife is meeting him before that, it will help him stay strong: Nirmala Sitharaman, Defence Minister on #KulbhushanJadhav allowed to meet his wife pic.twitter.com/jQO3HBcq1C

The Pakistan Government, who arrested Jadhav over charges of alleged involvement in espionage activities for India's intelligence agency- the Research and Analysis Wing (RAW), decided to arrange a meeting with his wife, purely on humanitarian grounds.

Refuting Pakistan's spying charges, India has always maintained that Jadhav was kidnapped from Iran where he had business interests after retiring from the Indian Navy.

On April 10, 2017, Jadhav was sentenced to death by a Field General Court Martial (FGCM) in Pakistan.

On May 18, 2017, the International Court of Justice (ICJ) stayed the hanging, after India approached it against the death sentence.