She had reached out to Zomato seeking their help and the food delivery platform assured assistance. 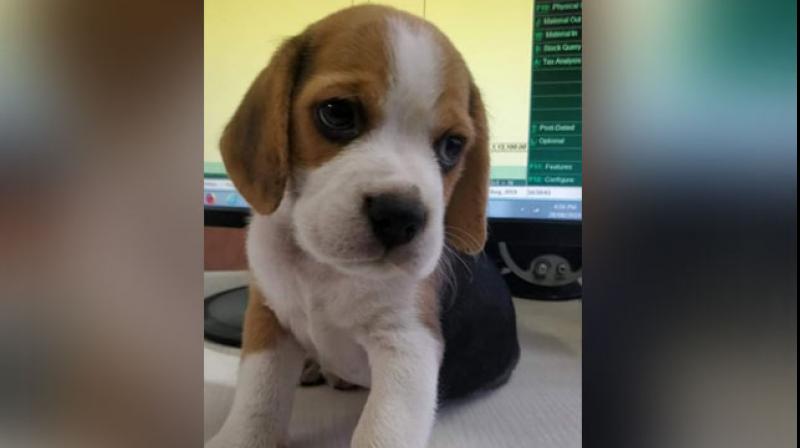 Online food delivery platform Zomato on Thursday said that it can confirm that none of its staff was involved in a recent case where a Pune resident had alleged that her pet beagle pup was taken away by a food delivery person. (Photo: ANI)

Pune: Online food delivery platform Zomato on Thursday said that it can confirm that none of its staff was involved in a recent case where a Pune resident had alleged that her pet beagle pup was taken away by a food delivery person.

The two-month-old beagle was reunited with its owners after 52 hours of massive search and a series of Twitter posts asking information on him.

"We deeply empathise with the trauma of having a pet missing. However, after 48 hours of conducting thorough investigations within our database, delivery partner network and liaising with the police, we confirm that the alleged person is not a part of our delivery fleet," Zomato spokesperson said in a statement.

The food delivery start-up said that it had conveyed the same to dog owner, Vandana Shah, who had alleged that a Zomato delivery boy had picked up the beagle named "Dottu" from within the premises of her factory-cum home, two days ago.

On Wednesday, Shah had lodged a complaint at Pune's Alankar police station giving information about the dog, which went missing on Monday at 11.30 am.

In CCTV footage, the dog was last seen playing and roaming inside the premises of her home. Ms Shah had said that on enquiring from a few food delivery guys at an eatery near their home, one of them recognised the dog and said it was taken away by his colleague.

Shah also got hold of a picture of her dog with a man, who turned out to be a food delivery personnel of Zomato, who was identified as one Tushar.

"We took his contact number and asked him about Dottu. Tushar confessed to having picked him up but when we asked him to return the dog he started making up excuses and said that he had sent him to his village," she had said.

"We also offered him money in exchange for our beagle but he kept on giving us evasive answers and for the last few hours he has switched off his cellphone," Shah had said.

She had reached out to Zomato seeking their help and the food delivery platform assured assistance.

In its statement on Thursday, Zomato said the confusion arose as other delivery executives stationed at a nearby restaurant suggested that the person might have been associated with Zomato.