Chauhan, whose appointment to the post in June 2015 was opposed by FTII students, demitted office in March 2017. 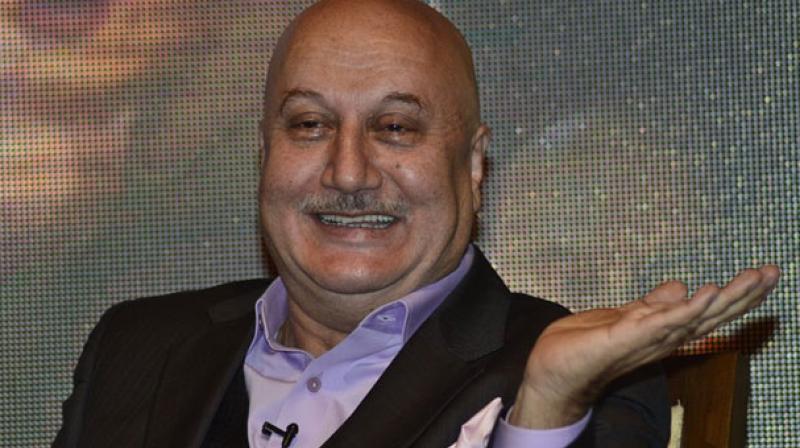 Actor Anupam Kher was on Wednesday appointed as the chairman of the Film and Television Institute of India. (File photo)

Mumbai: Actor Anupam Kher was, on Wednesday, appointed as the chairman of the Film and Television Institute of India (FTII) in Pune.

"Important day, seldom it happens that you become the chairman of the place where you once were a student," Anupam Kher said.

"I will go with a clear mind and do as much work as I can. I am looking forward to it," he added.

The post remained vacant for at least seven months after Gajendra Chauhan demitted office in March this year, following constant protest by film fraternity and students of the institute. Chauhan was appointed to the post in June 2015.

Students had opposed his appointment as FTII chairman, claiming that he was not fit for the job and got the position for being a BJP leader.

They went on an indefinite strike to oppose his appointment and the agitation ended after 139 days. During the politically charged agitation by the students, several political leaders had also visited FTII campus in Pune.