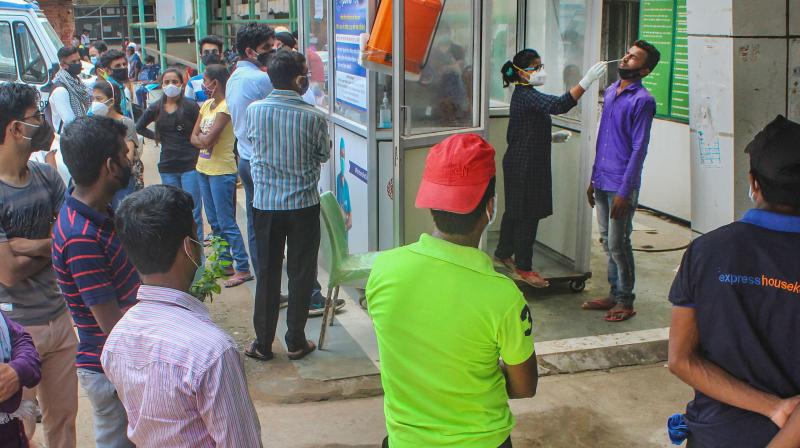 New Delhi: Serum Institute of India on Thursday said it is putting on hold clinical trials of an experimental COVID-19 vaccine for which it has been enlisted to manufacture a billion doses.

"We are reviewing the situation and pausing India trials," SII, the world''s biggest vaccine manufacturer by volume, said in a brief statement.

The move came a day after the company stated that it would push ahead with the trials in India despite British drugmaker AstraZeneca hitting a pause button following an unexplained illness in a study participant.

The pause by Serum Institute came after the Drugs Controller General of India (DCGI) issued it a show-cause notice asking why trials should not be suspended in India until patient safety is established.

"We (Serum Institute of India), were going by DCGI's direction and were not instructed to pause the trials. If DCGI has any safety concerns, we will adhere to their instructions and abide by the standard protocols," it had tweeted after the notice.

On Thursday, it said it was following DCGI''s instructions and cannot comment further.

"We are reviewing the situation and pausing India trials till AstraZeneca restarts them. We are following DCGI's instructions and will not be able to comment further on the same. You can connect with DCGI for more updates on this front," it said.

AstraZeneca paused its clinical trials worldwide to investigate if the illness seen in the participant happened by chance or as a result of the treatment.

In the show-cause notice, DCGI VG Somani had asked SII as to why the permission granted for conducting phase 2 and 3 clinical trials of the vaccine candidate in the country be not suspended till patient safety is established.

Serum Institute had in June signed a deal to produce AstraZeneca's experimental vaccine for low and middle-income countries. Human trials of the vaccine candidate were being conducted in India in parallel to AstraZeneca's effort.

Few details of the human trials in India have been released so far.