Patwari was accompanied by a few others, who helped to clear the traffic at the intersection point where the traffic light was not working. 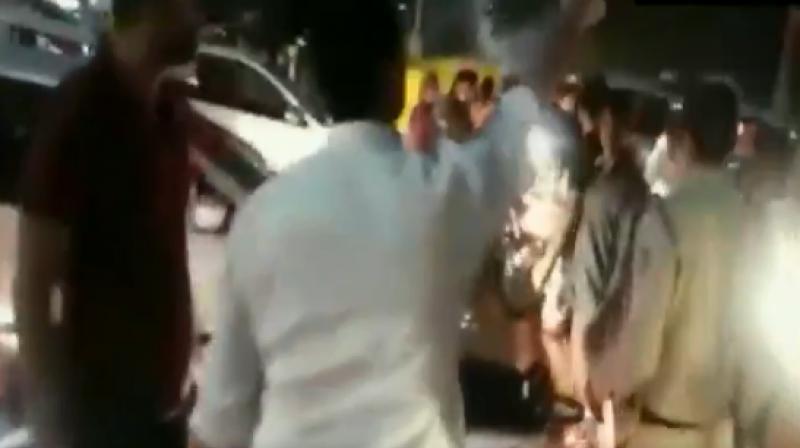 The sports minister was able to manage the traffic and gradually the vehicles moved. (Photo: Screengrab)

Indore: A Madhya Pradesh minister helped in clearing traffic in Indore after he was stuck in a jam on Tuesday evening. Sports Minister Jitu Patwari got off his vehicle and helped clear the congestion, assisted by a few others.

As the traffic light was not working at the intersection point, there was a massive traffic jam. The sports minister was able to manage the traffic and gradually the vehicles moved.