India   All India  11 Sep 2019  How the RSS was tempered, and changed Indian politics
India, All India

How the RSS was tempered, and changed Indian politics

The Sangh’s actions proved that they were open to new ideas and that their thought process was neither rigid nor marred by redundancy. 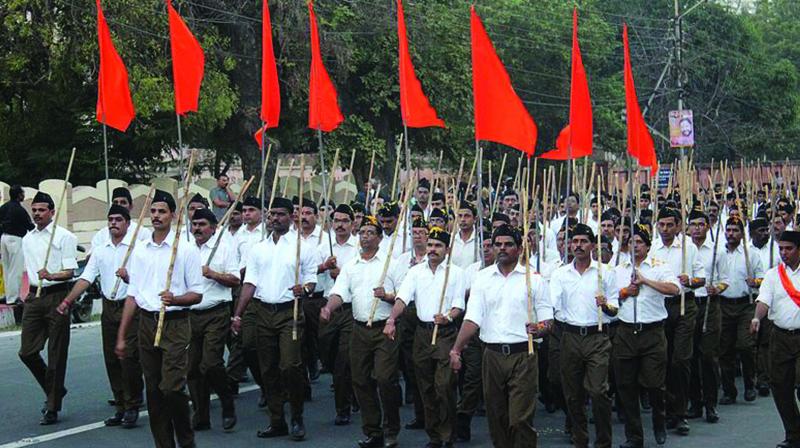 A Path Sanchalan (road march) in Bhopal by the RSS cadre.

The bygone era and events associated with the Rashtriya Swayam Sewak Sangh (RSS), established in the year 1925 and always in the eye of the storm, once again became the focal point of the whole world. Two major events were responsible for this paradigm shift — first, when the RSS cordially invited and welcomed a very prominent Congressman and former President of India, Pranab Mukherjee, for a programme at the RSS headquarters, which Mr. Mukherjee whole heartedly accepted, and, second, when the supreme leader of RSS decided to forgo the tradition of addressing the organisation on Vijayadashami and opted to communicate directly from Vigyan Bhawan last September. These events were too important to ignore and were indicative of brewing changes about to sweep the RSS. These changes were preceeded by two major milestones — the adoption of trousers over the traditionally worn khaki “knickers” by RSS cadets and the voluntary inclusions of social media platforms to promote the Sangh’s activities and create outreach. The Sangh’s actions proved that they were open to new ideas and that their thought process was neither rigid nor marred by redundancy. They also made it abundantly clear that people or groups having views different than those of the Sangh do not automatically fall into an opponent category.

In reality, the development and growth of Sangh after its inception parallelly gave rise to many misconceptions as well. The Sangh was projected as one which was orthodox, anti-democratic and anti-secular rather than a traditional and progressive social and cultural organisation. As the organisation started drawing criticism from all corners of the nation, it also led to the formation of a negative image world-wide. The working style of the Sangh, where it restricted its communications to a closed group and its inability to communicate its thought process to the world gave its opponents ample opportunities to promote the negative image which eventually took a strong foothold in the minds of the people. The reversal of this situation required revisiting  the main agendas of the Sangh and also to showcase the actual Sangh to the world. That required a sea change in the activities pursued by RSS. 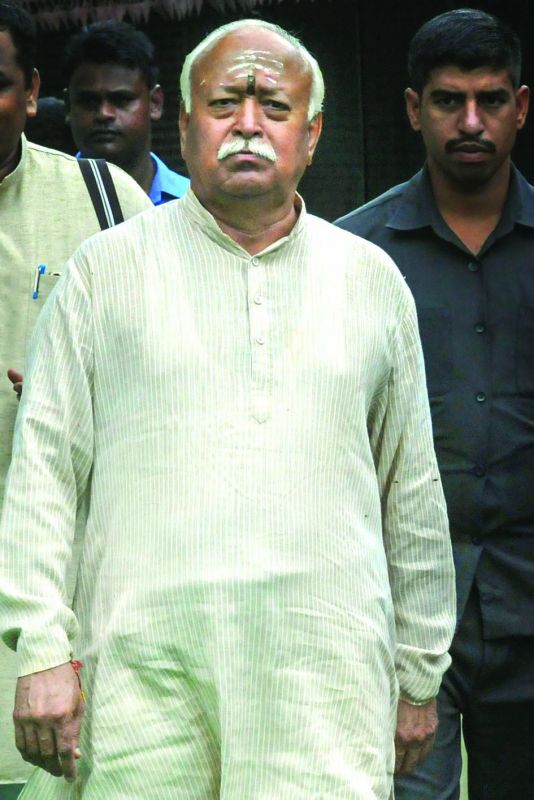 Mohan Bhagwat took over as RSS leader at the age of 59, but brought with him a burning passion to reverse the undesired image and project the real one. He diligently worked towards improving Sangh’s reputation. For starters he invited former president Mr Mukherjee, at the RSS headquarters in Nagpur, addressed the nation from Vigyan Bhawan and touched base with all the burning issues in the country. He made numerous foreign trips to declutter Sangh image abroad. More recently, Germany’s top diplomat visiting the RSS headquarters in Nagpur for an audience with Mr Bhagwat was a positive outcome of the Sangh’s outreach.

Efforts had been made in the past to erase the negative image earned by the Sangh by former RSS leaders, In 1971, RSS chief Madhav Sadashiv Golwalkar, also known as Guruji, gave a detailed interview to a prominent journalist, Saifuddin Gilani, in Kolkata. Mr Golwalkar discussed at length the following issues associated with Sangh such as their thought process, working ethos, views on Muslims and Christians, democracy, secularism, financial policy, and so on. Just like the incumbent chief, Mr Golwalkar also publicly discussed and clarified doubts that had crept into the Sangh’s image. It is an irony that Mr Golwalkar’s commitment for Indian nationhood was always misunderstood. Very few know that Mr Golwalkar dedicated his life in the service of the nation on the advice of great Indian saint Swami Chandrashekhrendra Saraswati, the then Shankaracharya of Kanchi Kamakoti. When Mr Golwalkar’s mother died, he wanted to renounce the material life and he wrote a personal letter to the Swami who told him that he had a bigger role in serving the motherland. This motivation inspired him to serve the nation through the RSS.

The process of upliftment of the Sangh’s image was accelerated after nearly four-and-a-half decades when Mr Bhagwat took over as RSS chief. He brought many changes, internally as well as externally, to help the RSS grow at the pace and with the image that was desired. He extended the service age for RSS appointees to 75 years. Parallelly, Nitin Gadkari also became the president of the Bharatiya Janta Party. A policy was framed to reconnect the Sangh cadres with the general population to prevent a communication gap. For the first time since its inception the Sangh cadets sported trousers instead of khaki knickers. Mr Bhagwat didn’t hesitate to bring the RSS to  the social media in order to extend its outreach even though he himself was not tech-savvy and didn’t own a Twitter account at that time. Adapting to the digital world, Mr Bhagwat has recently opened one.

Mr Bhagwat successfully undertook a series of discourses from Vigyan Bhawan for three days so as to weed out the negativities planted by opponents in the minds of the people which was proving detrimental to the Sangh’s progress and development. The opponents of the RSS had always spread illusions about the Sangh’s concept of a Hindu nation. They also distorted the discourses of Mr Golwalkar who was the second RSS chief, the compilation popularly known as Bunch of Thoughts. The lack of action by the RSS to combat this propaganda made the mission of the opponents a cakewalk and  the image of the Sangh took a big hit. Mr Bhagwat opened a Pandora’s box during the question-answer session. He spoke on the thought processes of RSS, which were pro-development, but whose message never reached the people due to their restrictive communication policy in the past. Mr Bhagwat reminded the nation that though Hindu nationalism was their core agenda, this doctrine was in no way against Muslims, Christians or members of any other faith. The Hindu nationalism of RSS mandated that each religion be accorded equal respect. Tradition, culture and heritage was at the core of this nationalism. It became abundantly clear that the RSS, a pro-Hindu group, never intended to demean any religion.

Mr Bhagwat thus blunted the criticism of Bunch of Thoughts, declaring them as digressive and tangential to the discourse. He also proposed that Bunch of Thoughts were relevant to the times in which they were generated and did not apply to the current scenario. In actuality, critics always avoided discussing the  details of Mr Golwalkar’s compiled discourses. His comments pertaining to supporters of Mohammed Ali Jinnah and the Muslim League, for instance, were made before Independence. Yet they were distorted by the Opposition and projected as being against Indian Muslims in general. The Muslim League had fuelled communal riots in the country which led to such an analysis by Golwalkar. Similarly, right after Independence, the Communists started a war in Telangana and challenged the sovereignty of the country. Many states locked horns with Christian missionaries involved in conversions as a result of which then Prime minister Jawaharlal Nehru had to order a probe into their activities which was supervised by the Niyogi Committee.

The efforts undertaken by Mr Bhagwat are clearly bearing fruit. When the RSS was openly compared to the fundamentalist outfit, Muslim Brotherhood, in Egypt, the proposers of this theory found themselves alienated. Their statement found no supporters. The “Hindu terrorism” hypothesis, too, did not hold water and was not believed by the masses, which is apparent from the results of the 2019 election. After discovering facts, the people have not only accepted the RSS but are also no longer hesitant to join the organisation. The number of people who undermined the RSS at the national and political levels have also dwindled rapidly. It is worth noticing that after Mr Bhagwat took command, the number of RSS branches have increased from 43,905 to 58,967 in 2018. It is apparent that if any organisation, society or nation does not comply with changing knowledge of society, human behaviour, science and biology, it cannot progress or even survive for long. The longevity and popularity of any organisation depends on its ability to adjust its methodologies to changing times.

Mr Bhagwat has formulated his strategies after a lot of research and combined these with his valuable experience. There is no question that the RSS has passed each test with flying colours.