Baldev Kumar came to India via Wagah on August 12. 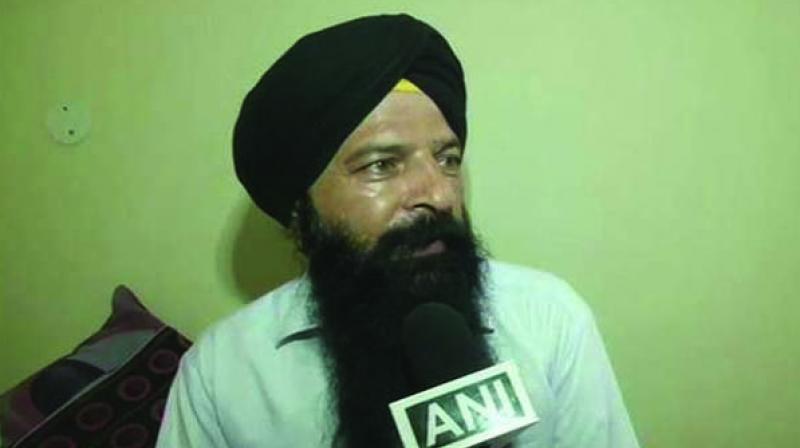 Chandigarh: A former Pakistan legislator from Imran Khan-led Tehreek-e-Insaaf Party on Tuesday sought political asylum in India, as he “fears for his life’’ in Pakistan.

Baldev Kumar, 43, was elected to the Khyber-Pakhtunkhwa Assembly on a seat reserved for minorities.

Mr Kumar has been staying with his wife and two children at Khanna in Punjab’s Ludhiana district since last month, told media that he has come to India seeking asylum as he feels his life was in danger in Pakistan. He came to India with his wife and two children on August 12 via Wagah border and is seeking asylum before his three-month visa to India expires. Mr Kumar is seeking asylum from the Indian government on the grounds that minorities are not safe in Pakistan. He has not applied for asylum formally and has only appealed for it through the media.

“Minorities are under a great sense of fear in Pakistan. Recently, a Sikh girl was abducted and forcibly converted to Islam in Punjab province. Such incidents are happening in Sindh and KP (Khyber Pakhtunkhwa) as well. I fear for my life there and therefore I had left Pakistan,” he said.

“I have come here to seek asylum. I am staying in Khanna at my in-laws ‘house and I request ‘Modi Sahib’ (Prime Minister) to help me and my family..we feel secure here and don’t want to go back to Pakistan,” he said.

“I request Prime Minister Narendra Modi and Punjab chief minister Amarinder Singh to ease out visa conditions so that people who are suffering in Pakistan can come and stay in India,” he said.

“We were hoping that fate of Pakistan will change after Imran Khan took over as Prime Minister but sadly he has failed to deliver,” he added.

“People back in my country had thought that it would be a naya (new) Pakistan after Imran Khan took oath as the Prime Minister. However, the situation has now turned grave. Minorities like me are desperate to come to settle in India, where the minorities live with respect and dignity,” he said.

He claimed that the instances of forced conversion of Sikh and Hindu girls in Pakistan’s Sindh province are much higher than what is known. “Girls are forcibly picked up by members of majority community and converted. Even the police don’t act in time and allow the perpetrators to convert and marry these young girls,” he alleged.

Mr Kumar says that he will not leave India and go to Pakistan at any cost as he fears for his life. “Minorities do not have any rights in Pakistan. They (extremists) can kill me on my arrival in Pakistan. I request the Indian government to grant me asylum,” he pleaded.