The nun accused Bishop Franco Mulakkal of raping and having unnatural sex with her multiple times between 2014 and 2016. 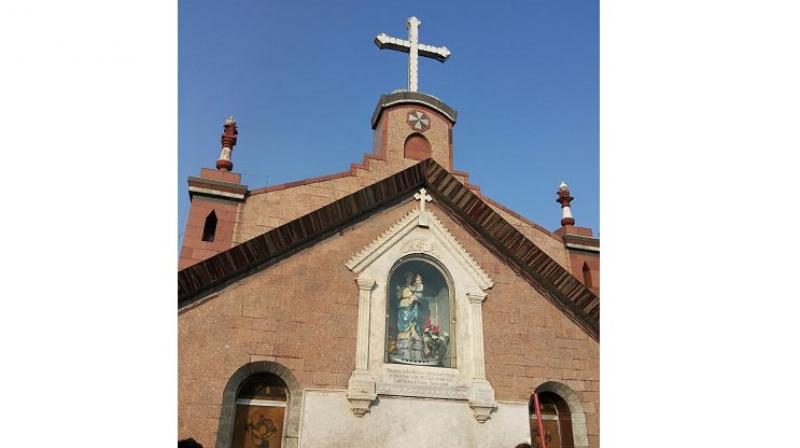 The bishop confined the nun to a guestroom in St Francis Mission Home in Kuravilangad in Kottayam district of Kerala. (Representational Image)

Kochi: The Kerala nun, who has accused Bishop of Jalandhar of raping her multiple times, has written to The Vatican seeking justice.

… “I write this letter as a victim of sexual abuse who is seeking justice.”

… “Though Bishop Franco had sexually abused me several times, I could not reveal the full story to my Superior General or to her Councilors. I only told them repeatedly that the Bishop is taking many disciplinary actions through them just because I resisted to lie down with him. As they failed to understand even the seriousness of these words, I could not tell them more than this. And I had the fear that Bishop Franco may harm me with the support of my superiors (sic).”

… “Bishop Franco had always an eagle’s eye on few other MJ (Missionaries of Jesus) sisters as well. Whichever sister Bishop Franco felt attraction to, he tried to put them in his trap by force or taking advantage of their weaknesses.”

… “In this matter I can place a simple example of April 2017. One of our young sisters who had a close contact with Bishop Franco was caught by the authority with specific proofs for a serious error in the place where this sister was rendering her service. Then Bishop Franco asked our superiors to send her to another state where we have more than 3 communities, to a place where only junior sisters were there. Then in the same week itself, Bishop Franco made a special visit to this community and stayed there overnight. At night till 12 pm, this sister was alone in his room for ‘spiritual direction’.”

As per the initial investigation of the police, Bishop of Jalandhar Franco Mulakkal abused his position and repeatedly raped a nun from Kerala, a special team probing the case told the Kerala High Court.

Earlier, it was revealed that the accused Bishop Franco Mulakkal committed unnatural offence and committed rape repeatedly on the nun against her will.

The bishop confined the nun to a guestroom in St Francis Mission Home in Kuravilangad in Kottayam district of Kerala.

In her complaint lodged with Kottayam district police, the nun accused Mulakkal of raping and having unnatural sex with her multiple times between 2014 and 2016.

On Monday, the Kerala High Court directed the state government to inform it about the steps taken by the special investigation team of the Kerala Police probing the case.

The court also sought to know the steps taken by the government to ensure the safety and security of the nun allegedly victimised by the Jalandhar Diocese Bishop Franco Mulakkal and her fellow nuns supporting her in her fight.

The bench of the Kerala High Court also wanted to know whether the Bishop was questioned by the team in Jalandhar when it went there about a month ago and directed the police to inform it of the steps taken by it after that.