The poll panel has also asked AAP to send a representative to EC office within 20 days of notice being issued. 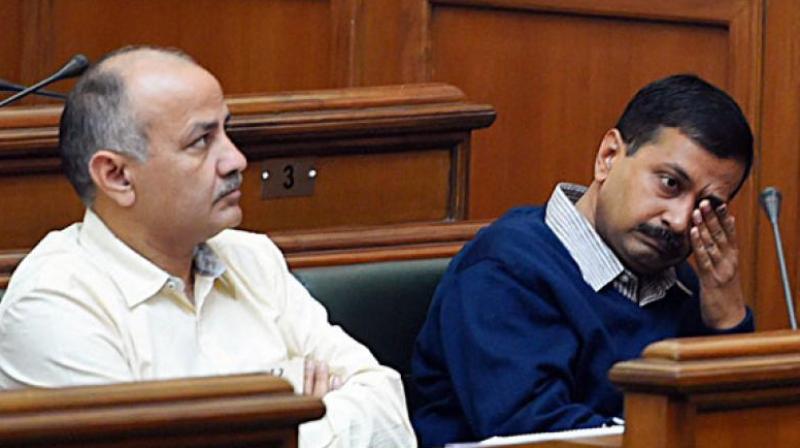 The EC report further stated that AAP has taken accommodation entries from hawala operators to tune of Rs 2 crore, which, EC said, have been wrongly disclosed as voluntary donations by the AAP. (Photo: File | PTI)

New Delhi: The Election Commission (EC) on Tuesday issued a notice to the Aam Aadmi Party (AAP), seeking an explanation regarding discrepancies in the donation amounts filed by the party during the financial year 2014-15.

The EC has also demanded an explanation as to why action should not be taken against the AAP for failing to comply with lawful directions and asked the party to send a representative to the EC office within 20 days of the notice being issued.

"It is stated that the bank account of the AAP has recorded total credits of Rs 67.67 crore, including Rs 64.44 crore from donations in excess of Rs 20,000. However, the party has disclosed total income of Rs 54.15 crore from donations in its audited accounts for the year. Therefore, it has been held by the Assessing Officer that Rs13.16 crore have not been accounted for by the party and these donations have been held to be from unknown sources," the notice read.

The EC report further stated that the party has taken accommodation entries from hawala operators to the tune of Rs 2 crore, which, the EC said, have been wrongly disclosed as voluntary donations by the AAP.

The notice also highlighted that the party has made wrong disclosures on its official website and also furnished incorrect information under Section 29C of the Representation of People Act, which details how the party has changed or revised its Contribution Report once the correctness of the same was questioned.

"In conclusion, it is stated that its (AAP's) disclosures to the Election Commission in the form of the Contribution Report are incorrect.

Aam Aadmi Party has prima facie, violated the lawful direction of the Election Commission within the meaning of para 16A of the Election Symbols (Reservation and Allotment) Order, 1968," the notice read.