Marble flooring removed near its roots for growth of prop roots into soil. 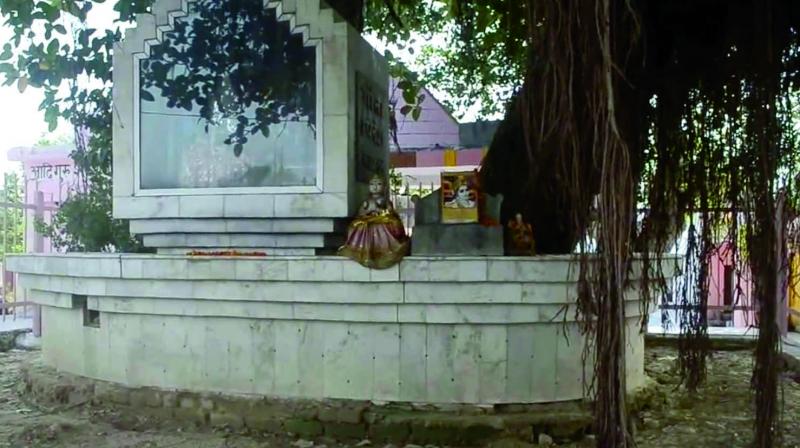 The over 100-year-old tree has been saved from fungal decay.

New Delhi: An over 100-year-old holy banyan tree at the birth place of Hindu scripture Gita in Haryana’s Kurukshetra district has got a new lease of life with the help of plant pathologists, botanists and farm scientists of a research institute under the Union environment ministry.

The nearly 100-year-old tree stands beside a pond in Jyotisar town, over 150 km from Delhi, where Lord Krishna, according to Hindu mythology, is believed to have delivered the message of the Gita to Arjuna. “The tree has been freed from choking marble flooring near its roots, allowing its prop roots to grow downwards and enter the soil, granting more stability to the tree,” said N.S.K. Harsh, former head of the forest pathology division of Forest Research Institute in Dehradun, who is advising the rescue team.

“In October-November, a team of pathologists and botanists will review the health of the holy tree and update the Kurukshetra administration on the interventions needed,” he said.

Minister of environment, forest and climate change (Moefcc) Harsh Vardhan praised the rescue team and said conservation was “key priority of the government”.

An official of the Haryana forest department said Kurukshetra administration was working closely with experts on the project. “We offer assistance whenever help is sought,” said an official, who was earlier on deputation to the Moefcc.

A team of expert is now planning to examining the ground area to check it for water stagnation that could be harmful to the tree.

Some changes had earlier been suggested by experts to free the tree of wires, speakers and the lights strapped around its branches as part of the set up at the spot that is used for a popular sound and light show based on epic Mahabharata and the message of Gita delivered by Lord Krishna.

The sound and light show and the revival of Jyotisar as a religious tourism attraction was initiated by the earlier NDA government, with Jagmohan at the helm of the tourism and culture ministry from 2001-04. It was under his leadership that Kurukshetra was promoted as a tourist destination to NRI’s who come to north India on religious circuits and visit places like places like Haridwar, Vaishno Devi, Mathura and Varanasi.

Tree pathologists trying to give a life booster to the ageing banyan tree in Jyotisar said, before the start of the restoration work the marble flooring and platform around the tree were not allowing water percolation and gaseous exchange, thus, suffocating the roots.

The stem of the tree was giving a hollow sound, on being struck with a hard object, indicating the spread of fungal decay from base upwards, said Mr Harsh who has undertaken similar tree rescue work at Mahabodhi Temple Complex in Bihar’s Gaya district, the Shirdi Saibaba temple in Maharashtra and the Ta Prohm Temple in Cambodia.