J&K: 2 Hizbul terrorists killed in encounter with forces in Kulgam

During searches, the terrorists opened fire at the security forces who retaliated, leading to a gunfight. 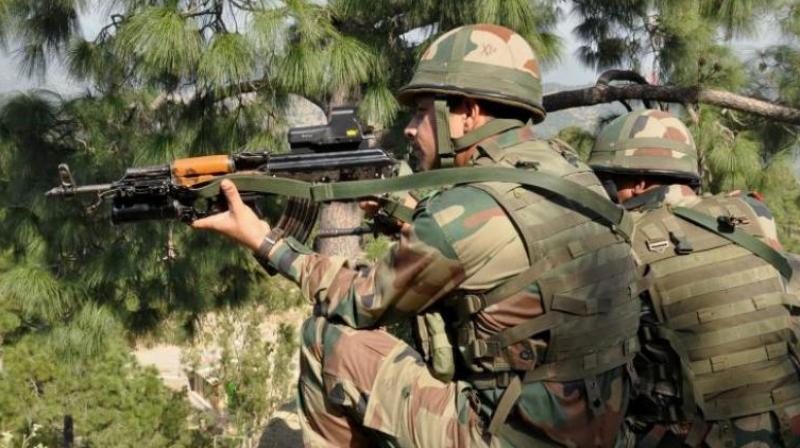 Srinagar: At least two Hizbul Mujahideen terrorists were killed and another arrested in an encounter with the security forces in the Khudwani village of Jammu and Kashmir's Kulgam.

Security forces launched a cordon and search operation in Khudwani area of Kulgam district on Saturday following specific information about the presence of some terrorists there, a police official said.

During searches, the militants opened fire at the security forces who retaliated, leading to a gunfight.

Two militants were killed in the encounter, he said adding their identity and group affiliation was being ascertained.