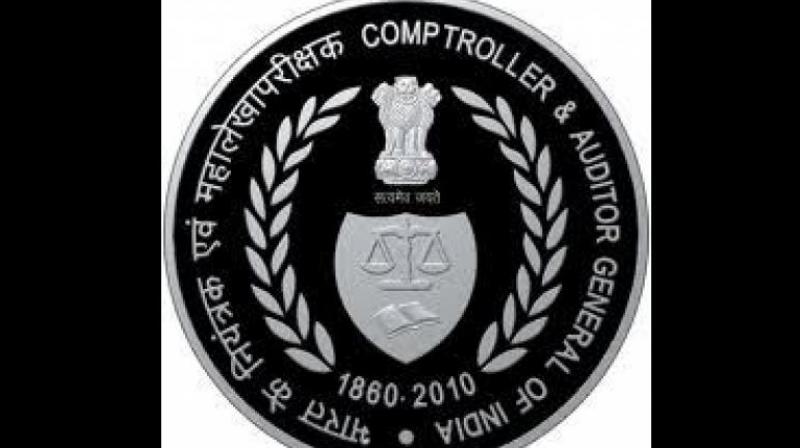 The Comptroller and Auditor General of India. (Photo: File)

Guwahati: After the multi-crore scam in the North Cachar Hills Council, the Comptroller and Auditor-General, after a special audit of the Bodoland Territorial Council, has unearthed a scam and misappropriation of over Rs 200 crores in another autonomous council of Assam.

The CAG report, tabled before the council recently, found funds sent by the Centre through the North-East Council (NEC) and Special Central Assistance to Tribal Sub-Plan was virtually going down the drain.

The report noted how the chief of the Bodoland Territorial Council incurred unathorised expenditure of Rs 180.33 crores between 2010-11 to 2013-14. The BTC chief carried out these unautrhorised expenditure as “Chief’s Discretionary” activity, but no such power or authority was delegated to the BTC chief, the CAG report said.

The CAG report found the BTC, under supplementary nutrition programme of Integrated Child Development Scheme (ICDS), had procured Britannia Marie Gold biscuits for Rs 45 per packet, almost double the MRP (maximum retail price) of Rs 27. The BTC got schoolbags for Rs 556 each, much higher than the prevailing market price. The BTC also procured 824 HP Laser Jet P-1108 printers for Rs 11,950 each, while the MRP of these printers was only Rs 6,599.

The BTC chief also disbursed tractors to beneficiaries but the CAG found in its audit that at the District Transport Office (DTO), the registration numbers of these “tractors” were actually of motorcycles and Travera and Tata Indica cars.

The CAG referred to two separate instances, in which the registration number of these tractors bore the DTO code AS-40, that has not been allotted to Assam. The CAG found 40 such instances of fraudulent payments against the registration numbers of vehicles other than tractor, and also discovered 12 cases where the names of owners of tractors were found to be different from those registered with the DTO.

The report pointed out the BTC also diverted funds for the welfare of plains tribes and backward classes for implementing the schemes on animal husbandry activities to procure tent houses at exorbitant prices. The Government of India had laid down norms for utilising these funds that the tribal populace below the poverty line (BPL) should alone be supported with them, but the CAG could not find any record in this regard to ascertain the actual beneficiaries.

Apart from unearthing glaring instances of fund embezzlement by officers in various departments, the CAG in its report found a lot of wasteful expenditure in the BTC, which indicates a nexus between the BTC members, suppliers and contractors.

While the BTC has been given administrative control of various departments, the CAG report said: “There is no system for verification and monitoring of collected of revenue, expenditure incurred on execution of work, implementation of schemes, etc.”

It also pointed out that it found that in some cases the specifications of articles procured were neither specified in the supply order nor recorded in files.

The CAG found the council didn’t maintain actual payees’ receipts for distribution articles that it procured. It is significant that the BTC is run by Bodoland People’s Front (BPF), now in alliance with the BJP in Assam. Earlier, it had an alliance with the Congress, which was then in power in the state.