The 84-year-old was admitted to the military hospital around noon on Monday, and had also tested positive for COVID-19 prior to the surgery 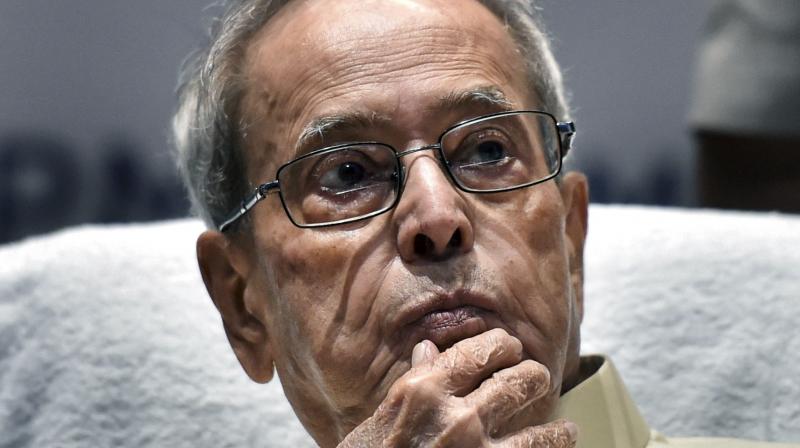 New Delhi: The condition of former President Pranab Mukherjee has worsened and he remains on ventilator support, the Army's Research and Referral (R&R) Hospital said on Tuesday, a day after he underwent a brain surgery.

The 84-year-old was admitted to the military hospital around noon on Monday, and had also tested positive for COVID-19 prior to the surgery.

"Shri Pranab Mukherjee's health condition continues to remain critical at Army Hospital (R&R) Delhi Cantonment. The former president, who underwent lifesaving emergency surgery for brain clot on 10 August 2020, has not shown any improvement and his health status has worsened. He remains on ventilatory support," the hospital said in its latest statement.

It earlier said the former President was admitted to the hospital at 1207 hours on August 10, 2020 in a critical condition.

"Workup at the hospital revealed a large brain clot for which he underwent emergency life saving surgery," the hospital earlier said.

A multidisciplinary team of doctors is constantly monitoring the health of the former president.

Mukherjee tweeted on Monday that he had tested positive for COVID-19 and urged people who had come in contact with him in the last week to isolate themselves and get tested for the novel coronavirus.

Soon after the news of his hospitalisation, wishes poured in from various quarters for his early recovery and a number of leaders sent their wishes on Twitter.

Defence Minister Rajnath Singh visited the R&R Hospital on Monday and enquired about the former president's health. Singh was at the hospital for around 20 minutes.

Congress leader Rahul Gandhi also sent in his best wishes to the former president and wished him early recovery.

A powerful orator and scholar, Mukherjee had been a Congress stalwart before he was elected as India's 13th President and served from July 2012 to 2017 in the top post.