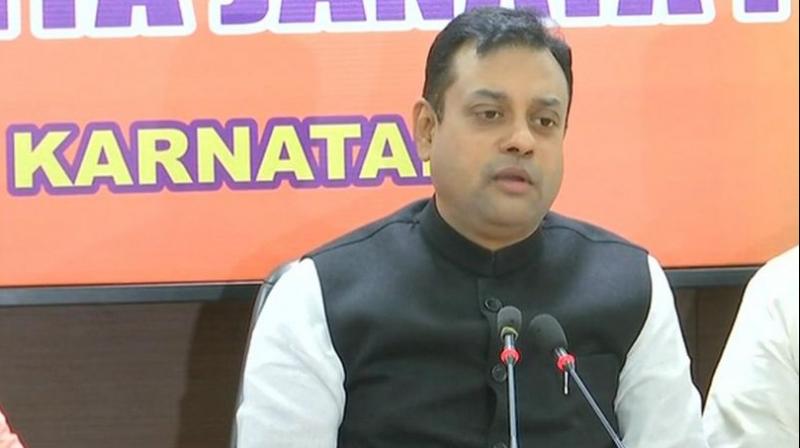 Claiming that there is stark contrast between the two parties, Patra said unlike BJP where party is the family, in Congress it is the family which is the party. (Photo: ANI)

Patra also underlined that Sonia coming to the rescue of the party proves that "Rahul Gandhi was a blunder as far as Congress is concerned."

Speaking to ANI, Patra said, "They had to zero down to someone who belongs to the Gandhi family at the end. We can also say that Congress has travelled a full circle, it is back to square one from Sonia Gandhi to Rahul Gandhi to Sonia Gandhi, it is a musical chair which is only playing music to one particular family. I would also like to suggest that it also shows one thing that Rahul Gandhi was a blunder as far as Congress is concerned."

Claiming that there is stark contrast between the two parties, Patra said unlike BJP where party is the family, in Congress it is the family which is the party.

The Congress Working Committee (CWC) on Saturday chose Sonia Gandhi as "interim president" of the party, nearly two-and-half months after her son Rahul Gandhi resigned as the party chief taking responsibility for the party's debacle in the Lok Sabha elections.

Patra also criticised Rahul Gandhi for his alleged comments on Kashmir and said that the former Congress chief was attempting to incite violence.

"Rahul Gandhi commenting on Jammu and Kashmir is appalling and demeaning. Why is Rahul Gandhi, a 'shehzada' hell-bent to instigate some kind of violence? Whenever there is peace in the country, we see Rahul Gandhi is not happy. Kashmir is in peace, Congress should also be in peace", Patra said.

Congress leader Rahul Gandhi on Saturday said that reports of violence and people dying in Jammu and Kashmir are coming up and called upon Prime Minister Narendra Modi to transparently tell the country about the situation.