EVMs cannot be tampered with, but they can malfunction just like the equipment used by you in everyday life,' he said. 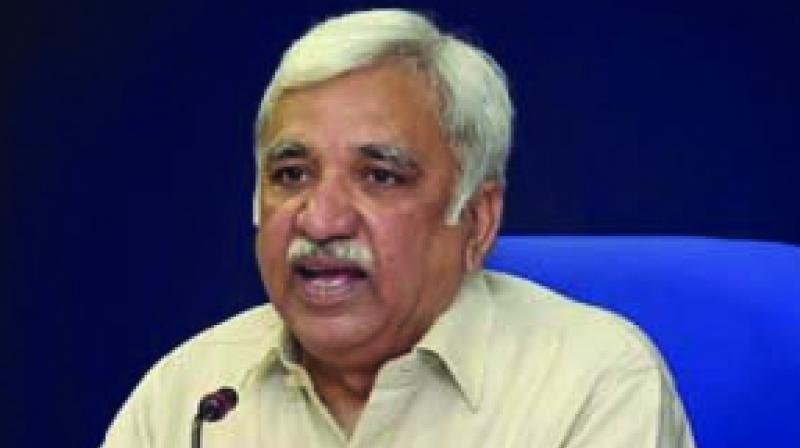 'Election is all about law and Constitution on one hand, and administration and management on the other,' Arora said. (Photo: File)

Kolkata: Chief Election Commissioner Sunil Arora has said allegations of EVM tampering are "more than unfair" and made with a "criminal intent".

The machines might malfunction occasionally, as does the equipment used for other purposes, but it cannot be tampered with, Arora said at the annual business conclave at IIM-Calcutta on Saturday. "Malfunctioning is very different from tampering. The electronic voting machines (EVM) cannot be tinkered with. If you say otherwise, you have a criminal intent, which we deeply resent," he maintained. Noting that two "highly reputed" public firms have designed the EVMs, Arora said, "The EVMs were made in a secure environment and distinguished emeritus professors of reputed institutes have supervised the entire process." Arora was in the city to attend events organised by the West Bengal National University of Juridical Sciences and IIM (Calcutta).

Pointing out that opposition parties, including the Trinamool Congress (TMC) and the Congress, levelled charges of EVM tinkering only after the declaration of Lok Sabha election results, the CEC said, "This is more than unfair. When you lose why make the machine a flogging object? "The charges hurt the integrity of the Election Commission (EC) and those involved in the process of making the voting machines. EVMs cannot be tampered with, but they can malfunction just like the equipment used by you in everyday life," he said.

West Bengal Chief Minister Mamata Banerjee and a host of other opposition leaders, including TDP's N Chandrababu Naidu, Farooq Abdullah of the National Conference and Maharashtra Navnirman Sena (MNS) president Raj Thackeray, have repeatedly claimed that Electronic Voting Machines could be tampered with and demanded a return to ballot papers.

Talking about the role played by the EC in conducting polls, Arora said, "Election is all about law and Constitution on one hand, and administration and management on the other. Every organ has its own importance." The CEC, however, admitted that there were a few "black sheep", who had to be replaced. "The poll panel had to make changes, replace a couple of officers, including one in West Bengal, during the Lok Sabha polls," he explained.

The commission was now preparing for the October-November polls in Maharashtra and Haryana, while elections to Jharkhand and Delhi are also round the corner, the 63-year-old IAS officer stated.

Heaping praise on election officials, he said, "You tend to admire each of them for their hard work and dedication. EC officials are protectors of common man. They will give you all the protection you need if any state government tries to harass you."