Claim they were sexually assaulted on the pretext of jobs. 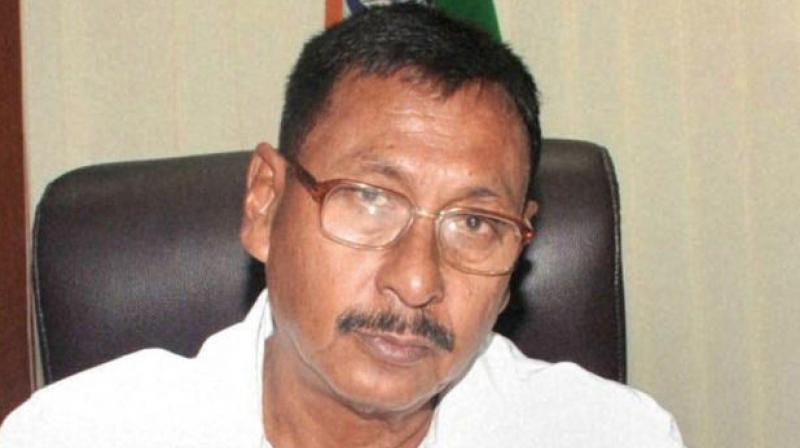 Guwahati: In what may turn out to be a major embarrassment for the government, two sisters have lodged an FIR with the Assam police against Union minister of state for railway Rajen Gohain accusing him of rape and sexual exploitation in the name of giving jobs in the ministry.

“One lady has filed an FIR against the MoS, railway, alleging sexual exploitation. We have registered a case. The complainant has named herself and her sister as victims in the FIR,” Nagaon district superintendent of police Shankar B. Raimedhi told this newspaper.

While confirming the incident that the police has registered the FIR (no. 2592/18) under IPC Section 417/376/506 against the union minister basing the complaint of two sisters, the police said that in the FIR, the victims alleged that union minister was sexually exploiting them for last seven-eight months in the name of giving jobs. However, later on the minister stopped picking up phone and blocked their access to his residence in Nagaon.

The victims, residents of Deorigaon area in Nagaon, also claimed that they also have the clips of inappropriate telephonic conversation of the minister with them. The elder sister who lodged the FIR said that her younger sister was also lured and sexually exploited by the minister in the name of giving jobs in the railways.

Pointing out that victims had approached the office of the Nagaon district superintendent of police on August 2 to get the FIR registered, the police said that SP directed Nagaon police to register the FIR.

Mr Gohain a veteran BJP leader of the state is MP from Nagaon Lok Sabha constituency in Assam since 1999.

The incident has also gone viral on the social media, triggering widespread condemnation and protests across Assam.

Several attempt to reach the minister for his reaction, failed to elicit any response. The minister was in New Delhi on Friday.