Demanding resignation of Bihar CM on moral grounds for failing to run state, Tejaswi alleged Nitish was aware of everything related to case. 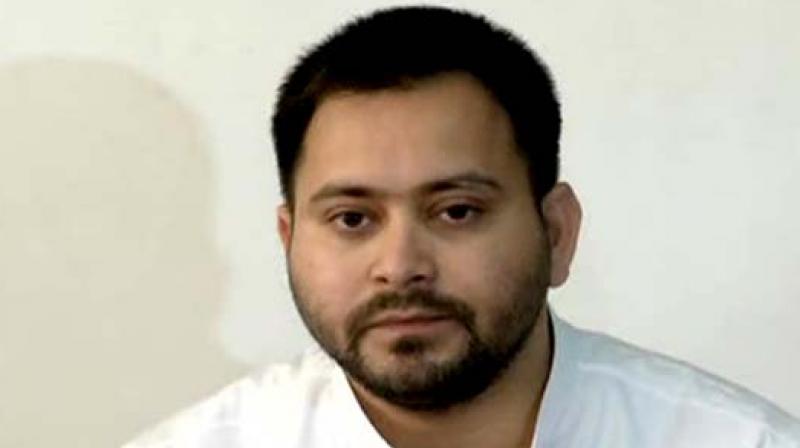 Time and again, Tejaswi has accused Nitish of having political connections with the prime accused in the Muzzafarpur shelter home case, Brajesh Thakur. (Photo: ANI)

Patna: The Rashtriya Janata Dal (RJD) on Saturday warned Bihar Chief Minister Nitish Kumar to reveal the whereabouts of the girl who went missing from Madhubani within a week, failing to do which the party would stage a mass protest.

Addressing a press conference in Patna, RJD leader Tejaswi Yadav said, "I give him (Nitish) a week's time to reveal the whereabouts of the girl who was shifted from the shelter home and who has been missing since then, after which we will stage a mass protest in Madhubani."

Demanding the resignation of the Bihar Chief Minister on moral grounds for failing to run the state, Tejaswi alleged that Nitish was aware of everything related to the case and was trying to shield those involved.

"Nitish Kumar must resign on moral grounds as he is unable to run the state. It will be proved that he is the most coward Chief Minister who is not fighting for justice of our daughters, but shielding those who committed the crime. He must resign from state Home Ministry as well," Yadav said.

Time and again, Tejaswi has accused Nitish of having political connections with the prime accused in the Muzzafarpur shelter home case, Brajesh Thakur. The RJD leader has also questioned Nitish about his connection with Thakur's son, Rahul Anand, who is being interrogated by the Central Bureau of Investigation (CBI).

A Mumbai-based institute had revealed that as many as 40 girls were sexually abused at a Muzaffarpur shelter home. On receiving information, the police raided the vicinity and rescued 44 girls. On July 24, 11 employees of the shelter home in Muzaffarpur were arrested for allegedly sexually harassing the girls.

On August 5, one among the 14 girls, who were rescued from a shelter home in Muzaffarpur and shifted to an NGO in Madhubani, went missing.