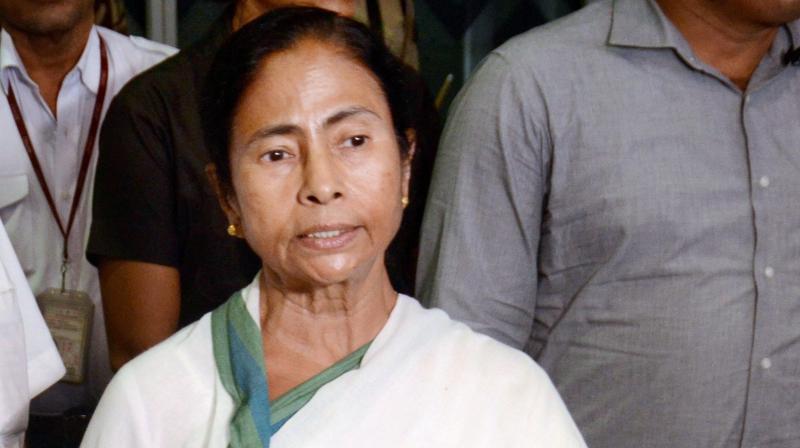 The meeting can be viewed as an attempt by the Trinamul Congress supremo to up her stature and emerge as the face of the Opposition by cashing in on JD(U) chief Nitish Kumar joining the NDA as well as the increased distance between the CPI(M) and the Congress following the refusal of a third term to Sitaram Yechury by his own party.

Ms Mamata Banerjee, who extended an invitation to the President to visit Kolkata on Thursday evening, will also attend the meeting of Opposition parties called by Mrs Gandhi on Friday to decide on the future course of action after the Parliament is over. Beginning with presidential polls, when Mr Kumar first gave an indication of his intentions of going with the NDA, Ms Banerjee has taken the lead and used her excellent equation with Congress president Sonia Gandhi to have an important say as far as Opposition unity is concerned. Even during the vice-presidential polls, it was the Trinamul Congress  chief who apparently sent a text message to Mrs Gandhi suggesting Mr Gopalkrishna Gandhi’s name as a possible candidate. According to senior TMC leaders, it was the second largest party in the Opposition camp after the Congress and hence was “working in close collaboration” with the grand old party. A recent example was on the issue of different varieties of Rs 500 and Rs 2,000 which was raised in Parliament by both the parties. Trinamul sources said that only Congress and TMC had held discussions before the matter was raised in Parliament, while many other parties were told that something important would come up but had been kept in the dark over the actual issue. While the TMC has 37 MPs in Lok Sabha, the Congress has 45.

The 18-party Opposition conglomerate is exploring a possibility of floating a joint platform before the 2019 elections but is yet to start discussions on the leadership and coordination aspect of such a broad-based alliance.

Mr Kumar, before leaving the Bihar Grand Alliance, had been trying to position himself as the leader of the Opposition conglomerate and JD(U) sources had even blamed the Congress’ lack of leadership for its veering towards the NDA.

It might be recalled that Ms Banerjee had used the word traitor without naming Mr Kumar, when the Bihar chief minister had supported Prime Minister Narendra Modi’s demonetisation drive in November.