In the note it was written that Pandey, a 2012-batch IAS officer, was fed up with his life and lost his 'belief in human existence.' 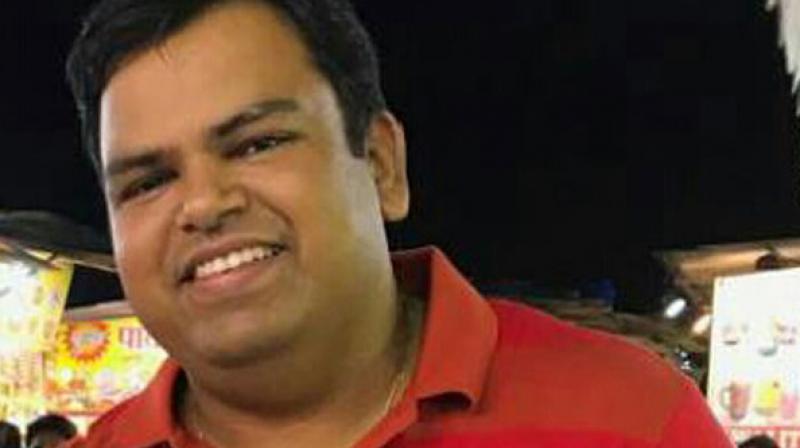 Ghaziabad:  The body of Buxar district magistrate Mukesh Pandey was found near the railway tracks in Ghaziabad on Thursday, police said.

His body was found from the rail tracks about one km from the Ghaziabad railway station, they said, adding a purported suicide note was also recovered from the spot.

In the note it was written that Pandey, a 2012-batch IAS officer, was fed up with his life and lost his "belief on human existence".

"I am committing suicide in district centre area of Janakpuri in west Delhi...by jumping off the 10th floor of the building. I am fed up with life and my belief in human existence has gone, my suicide note is kept in a Nike bag in room 742 of a five-star (name withheld) hotel in Delhi. I am sorry, I love you all! Please forgive me," said the note, according to Senior Superintendent of Police HN Singh.

SSP Singh said it was not immediately known that at what time or how Pandey committed suicide.

The SSP added that the post mortem would be conducted on Friday.

Officials of the Government Railway Police (GRP) who reached the spot, near Kotgaon, said prime facie it appeared a case of suicide.

Meanwhile, a senior Delhi Police official said that police received information from his friends that Pandey would commit suicide and had gone to a west Delhi mall.

A police team was immediately rushed to the mall but it could not trace him.

After scanning the CCTV footage, it was found that he was leaving the mall and going towards the nearby metro station, the official said, adding on analysis of CCTV footage there, he could not be traced.

Later, Delhi Police learnt that he had committed suicide, the official said.