With the delivery of Vikrant, India will join a select group of nations who can indigenously design and build an aircraft-carrier 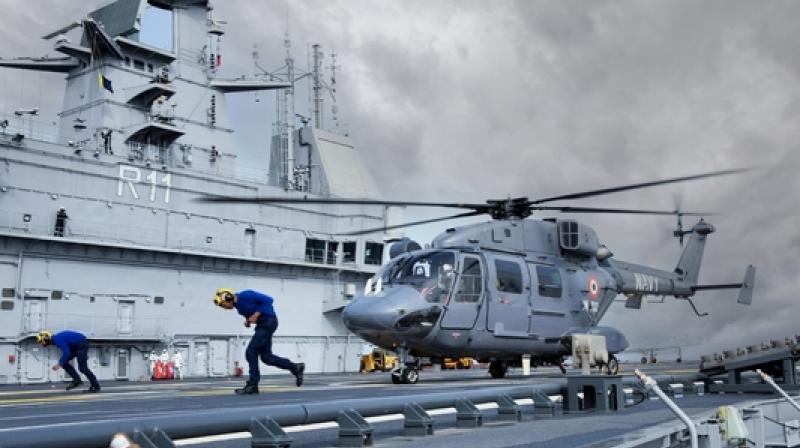 With the delivery of Vikrant, India will join a select group of nations with the capability to indigenously design and build an aircraft-carrier. (Image: Indian Navy)

During the fourth phase of sea trials, “integrated trials of the majority of equipment and systems onboard, including some aviation facilities complex equipment, were undertaken,” the Navy said.

“The ship’s delivery is being targeted in end-July, followed by the ship’s commissioning in August to commemorate ‘Azadi ka Amrit Mahotsav’," a senior Navy official said.

The Indian Navy is looking to buy some 26 multi-role fighter jets for the Vikrant. French firm Dassault Aviation’s Rafale-M and the F-A 18 Super Hornet of America’s Boeing recently completed trials for the contract. The Navy is preparing a report on the demonstration given by these firms at the shore-based test facility (SBTF) at INS Hansa in Goa. It will be a government-to-government deal.

The indigenous content is more than 76 per cent. The ship has over 2,300 compartments, designed for a crew of around 1,700 people, including specialised cabins to accommodate women officers. The ship has been designed with a very high degree of automation for machinery operation, ship navigation and survivability. The Vikrant has a top speed of around 28 knots and a cruising speed of 18 knots with an endurance of about 7,500 nautical miles. The ship can accommodate an assortment of fixed-wing and rotary aircraft.

The maiden sea trial of the aircraft-carrier was successfully completed in August 2021. This was followed by second and third phases of sea trials in October 2021 and January 2022.  During these three phases of sea trials, endurance tests of propulsion machinery, electrical and electronic suites, deck machinery, life-saving appliances, ship’s navigation and communication systems was undertaken.

It will offer an incomparable military instrument with its ability to project air power over long distances, including air interdiction, anti-surface warfare, offensive and defensive counter-air, airborne anti-submarine warfare and airborne early warning.