The Congress and JD(S) MLAs, who had resigned from the Assembly are slated to meet the Speaker by 6 pm. 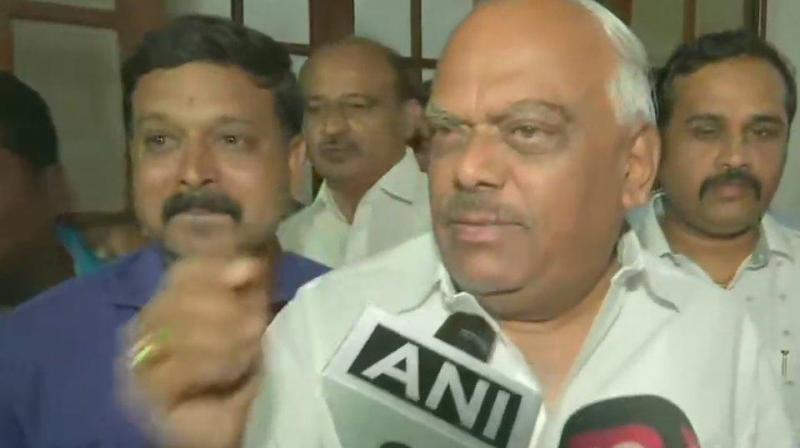 Kumar further said he had never declined to meet any legislator. (Photo: File)

The Congress and JD(S) MLAs, who had resigned from the Assembly are slated to meet the Speaker by 6 pm, in accordance with the Apex court.

"I had not prevented them (disgruntled MLAs) from coming (to my office). I don't know why they moved the Supreme Court to meet me," Kumar told reporters outside the Vidhana Soudha here.

"There was no need for them (MLAs who resigned) to approach the Court (for a direction) that I should meet them. They could have willingly come here. That itself shows the whole thing is murky," he said.

Kumar further said he had never declined to meet any legislator.

To a query whether he would decide on the resignations today itself, the Speaker said the top court has asked him to take a call on the matter but not what decision has to be taken.

The Supreme Court Thursday allowed 10 rebel MLAs of the Congress-JD(S) coalition in Karnataka to meet the assembly Speaker at 6 pm to convey to him their decision to resign.

The bench headed by Chief Justice Ranjan Gogoi asked the Karnataka Assembly Speaker to decide on the resignation of the MLAs during the course of the day and intimate the court on Friday about the decision taken by him.

The court said the order pertained only to 10 MLAs who had petitioned and not the six others.

If the 10 resignations were accepted, the number of MLAs in the ruling camp would reduce to 106 sans the speaker, while the BJP presently has 107 MLAs on its side.