They have noticed that they are carrying the food in a non-AC vehicle which could have caused the problem. 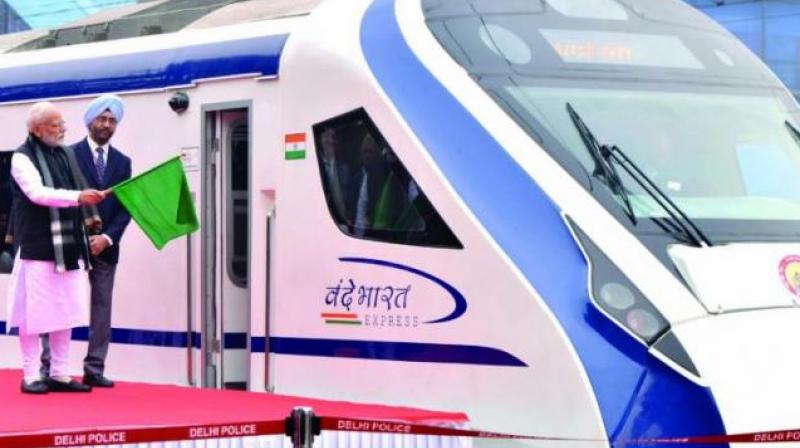 The complaint was received on June 9. (Photo: File)

New Delhi: A five-star hotel in Kanpur is under the scanner for serving stale food to passengers, one of whom was Fatehpur Lok Sabha lawmaker and Union Minister of State for Rural Development Sadhvi Niranjan Jyoti, on board the Railways' fastest train Vande Bharat Express, senior IRCTC officials said Tuesday.

Acting on the complaint of a Colonel in the Indian Army, the Indian Railways Catering and Tourism Corporation (IRCTC) which provides food on board the train is likely to penalise the hotel which supplies food for the train.

The complaint was received on June 9, they said.

"We have received the complaint from the passenger and we will take action. Prima facie it looks like the five-star hotel in Kanpur supplied rice which was not fresh to the passengers. The Group General Manager, North, IRCTC is now at the hotel inspecting their food preparing and packaging chain.

"They have noticed that they are carrying the food in a non-AC vehicle which could have caused the problem. Because of the extreme heat things got aggravated. But this cannot be allowed and we will take corrective measures," Rajesh Kumar, Group General Manager, Tourism, IRCTC told PTI.

The temperature soared to a high of 48 degrees on Sunday as northern India faced extreme heat wave.