He continues saying that Girish offered him to play a prominent role in his play Rakshasa Tangadi, portraying the role of Ramarayaru. 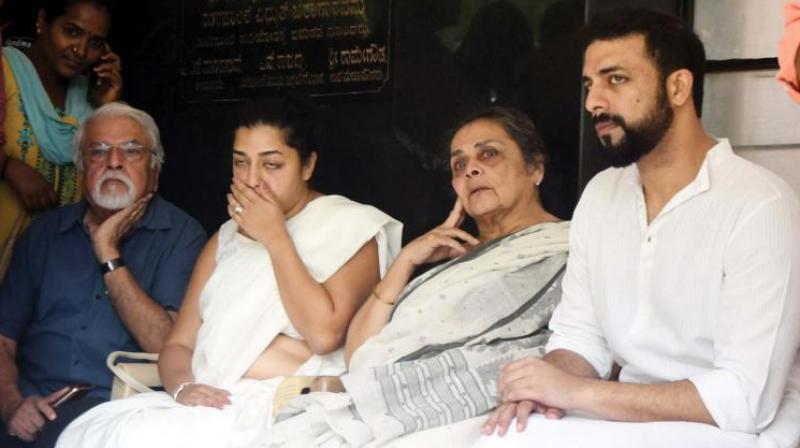 Insofar as Shankar Nag is concerned, Anant Nag says that Girish was also the man behind Shankar's debut as an actor

BENGALURU: "He (Girish Karnad) had phoned me on August 15, 2018. I could not listen to his voice properly and kept telling him that there must be some disturbances in the line. He asked me to wait for a moment and replied to me that he was wearing a mobile oxygen concentrator. He spoke about his latest play Rakshasa Tangadi, which is based on the last years of Vijayanagara dynasty," recalls senior Kannada actor Anant Nag, who says Girish Karnad had an important role in his along with his younger brother Shankar Nag's career as an artist and filmmaking.

He continues saying that Girish offered him to play a prominent role in his play Rakshasa Tangadi, portraying the role of Ramarayaru.

"It is such a wonderful play. However, I expressed my inability to act in the play citing my age but agreed to act if a movie was to be made. I still remember him sending me his book in which he had fondly written saying, 'Yayati inda Rakshasa Tangadi varegu jothegidda preethiya Anantaginge... ."

He had recently turned 81 on May 19, and though I was apprehensive about his deteriorating health, I didn't expect that he would leave us so soon, adds Anant Nag.

He goes onto add that it was through him, his first film Sankalpa happened following which their association lasted for long in several films both in Kannada and Hindi.

Insofar as Shankar Nag is concerned, Anant Nag says that Girish was also the man behind Shankar's debut as an actor. Later, we produced the play 'Anju Mallige', and unfortunately Shankar Nag died on his way to the shooting of Girish Karnad's Jokumaraswamy.

"When I became a minister in the government headed by J H Patel, I was told by none other than Mr. Patel himself, to not to take up any acting venture. However, Girish convinced the then chief minister and made me act in the Tippu Sultan series. According to me he is the greatest playwright. He even set an example in his death too," Anant Nag says.

Filmmaker and actor T S Nagabharana, who is mentored by Karnad says that it was he who shaped him become a filmmaker and a human being. "His literature influenced me to a great extent. I first met him during the Hayavadana play and continued till his last days. We have not lost him but we have him forever through his works," says Nagabharana.

Eventually, Nagabharana directed his mentor as an actor in the film 'Anveshane', also featuring Anant Nag and Smitha Patil. "The film happened mainly because of the three lead actors especially Karnad who stood by me till we wrapped it up amidst various hurdles."

About Karnad's versatility as an actor playing antagonist and other roles, Nagabharana says he would often debate with him about such acts, to which Karnad justifying that it was his profession to do what he is asked to do but when he was creating, he would be cautious if what he chose to tell the audience.

Another senior filmmaker M S Sathyu shares that he was associated as a designer for Karnad's plays - Tughlaq and Naga-Mandala. "He is a great playwright. At a time when there are hardly any playwrights, his passing away will create a huge vacuum. It is a big loss to the world of thetaret," Sathyu concludes.