India   All India  11 Jun 2017  Medha Patkar, 2 others arrested after trying to meet kin of slain Mandsaur farmers
India, All India

Medha Patkar, 2 others arrested after trying to meet kin of slain Mandsaur farmers

The activists, around 30 in number, were stopped by the police at the Dhodhar toll plaza in the neighbouring Ratlam district. 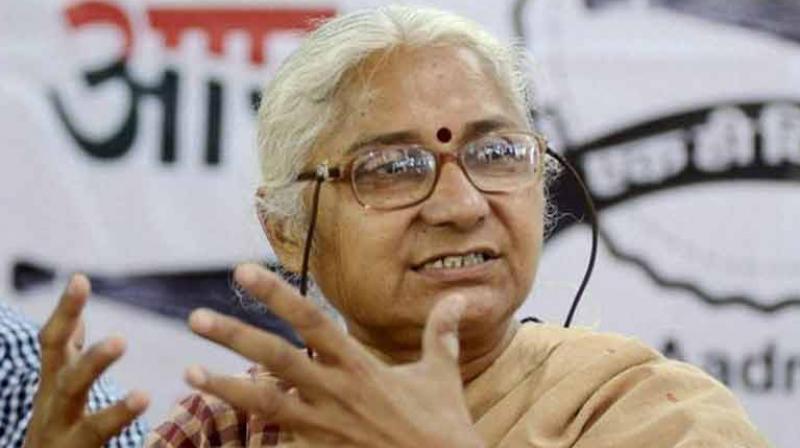 Mandsaur (MP): Swaraj India chief Yogendra Yadav and social activists Medha Patkar and Swami Agnivesh were on Sunday arrested after they tried to enter Mandsaur to meet the families of the five persons killed in police firing during the farmers' stir.

The activists, around 30 in number, were stopped by the police at the Dhodhar toll plaza in the neighbouring Ratlam district.

The police told them that their visit could disturb peace in Mandsaur, from where curfew was lifted on Saturday.

Prohibitory orders under CrPc Section 144 are in place in the district.

After being stopped, the activists, including JNU students Union President Mohit Kumar Pandey and representatives from various farmers' outfits across the country, sat on protest on the Mhow-Neemuch Highway, disrupting traffic movement.

Farmers in the state began protests over low prices for their crops on June 1.

The Mandsaur-Neemuch region, about 300 km from the state capital Bhopal, became the nerve centre of the storm of farmer distress. Later, protests spread to some other parts of the state.

In Mandsaur, the curfew was imposed after five persons were killed in police firing during the farmers' protest on June 6.