Farmers stir in June may turn violent in MP: Intel

The 10-day stir proposed to be launched on June 1 by 184 farmers’ bodies in the country may turn violent in MP, intelligence has alerted. 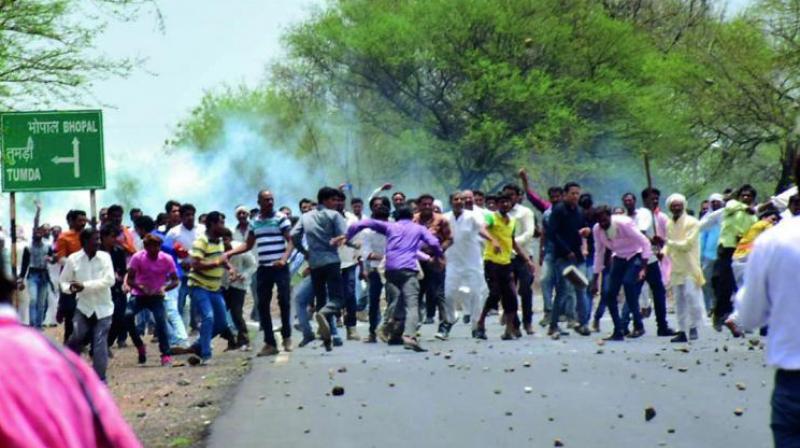 Bhopal: The 10-day stir proposed to be launched on June 1 by 184 farmers’ bodies in the country may turn violent in MP, intelligence has alerted.

The farmers’ bodies, which have announced to participate in the stir, have been using social media to mobilise support for their proposed agitation, a senior police officer said quoting intelligence reports.

“There is a move to spread anti-government sentiments among the farmers in MP by reviving farmer agitation ahead of the upcoming Assembly elections in the state. A section of the leaders of the farmers’ bodies are planning to observe the first anniversary of the Mandsaur police firing incident in MP, in which six farmers were killed. It is to keep the issue alive in the ensuing Assembly polls in the state,” the police officer said.

Last year’s farmers’ stir in MP had turned violent leading to the death of six farmers in police firing.