India   All India  11 May 2017  'Yoga for gentlemen, war for evil': Ramdev says war is necessary to deal with Pakistan
India, All India

'Yoga for gentlemen, war for evil': Ramdev says war is necessary to deal with Pakistan

Ramdev said Yoga is the only way to make a prosperous and corruption-free country. 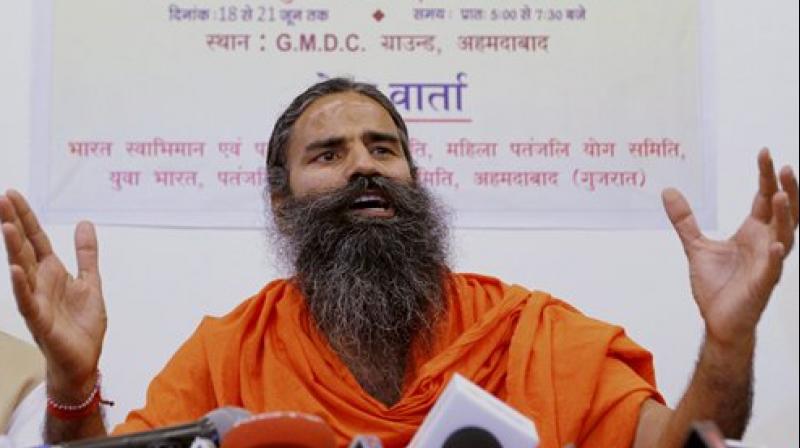 The only method to prevent war is yoga and meditation. (Photo: PTI)

New Delhi: Yoga Guru Baba Ramdev on Wednesday said that for a peaceful and progressive country like India, the practice of Yoga is most suitable, whereas a country like Pakistan which by and large is unstable, war seemed important for it.

"Yog for gentlemen and war for the evil go side by side. Only after following this, a peaceful and prosperous country can be created. So, war is necessary for Pakistan," said Ramdev.

Further reacting on the infighting within the Aam Aadmi Party (AAP), Ramdev said Yoga is the only way to make a prosperous and corruption-free country.

"Whether it is about AAP or any other political party, the question is how the virtue is and morality will be prevented from declining. How the Corruption and corrupt practices will be abolished? The only method to prevent this is yoga and meditation. We know about number of civilization, but this 21st Century would be of Yog and meditation," he said.