India   All India  11 May 2017  Karnan moves SC, wants it to recall order sentencing him to jail
India, All India

Karnan moves SC, wants it to recall order sentencing him to jail

Karnan has been missing from his residence since the apex court order against him. A report said he may be 'hiding' in Nepal or Bangladesh. 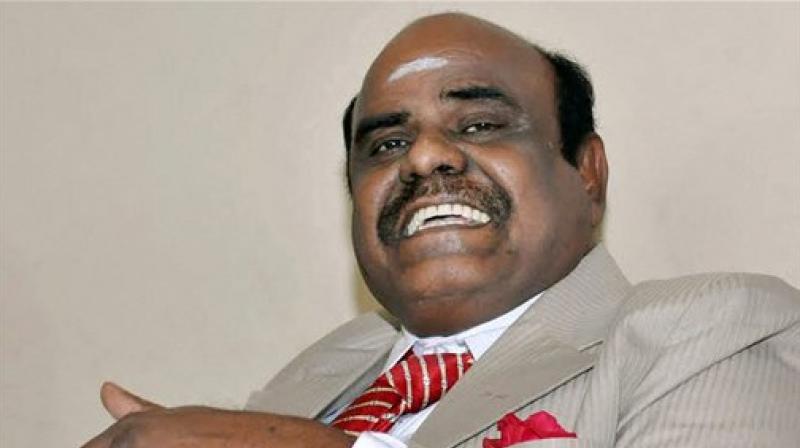 A bench headed by Chief Justice JS Khehar, in response, said it would hear the HC judge’s ‘Karnan’ (prayer).

Karnan has been missing from his residence since the apex court order against him. Earlier on Thursday, a Hindustan Times report said Karnan is believed to be 'hiding' in Nepal or Bangladesh.

However, Counsel for Karnan Mathews J Nedumpara told the apex court that the judge is in Chennai.

Asked about proof that he represents Karnan, Nedumpara told the Supreme Court that he has 'wakalatnama' and an authorisation letter. 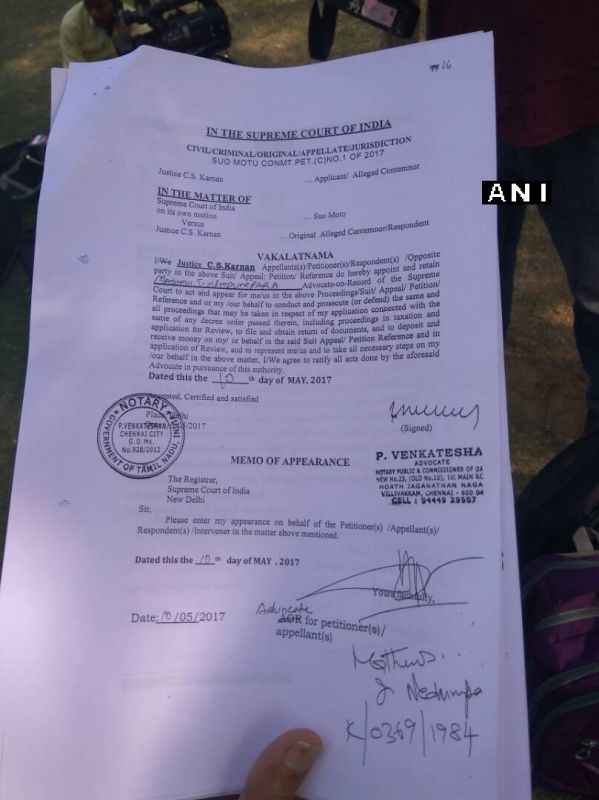 Meanwhile, Tamil Nadu, West Bengal and Andhra Pradesh police have launched a manhunt to trace Karnan. Justice Karnan was at the State Guest House in Chennai when the seven-Judge Bench slapped the jail term on him.

He left Wednesday morning saying he was going to Srikalahasti, a pilgrim town in Andhra Pradesh 120 kilometres from Chennai. Shortly afterwards a high-level team from West Bengal Police flew into the city to arrest and take him as the court had directed that he should be jailed in the Calcutta high court jurisdiction area.

The West Bengal police team, led by Surajit Kar Purkayastha, DGP, Home Guards, held discussions with the TN counterparts to chalk out strategy and left for Srikalahasti in the evening, only to return empty-handed along with the Andhra Pradesh Police who were also looking for the judge in vain in the famous temple town. Another team from the Andhra Pradesh Police went to Tada and Sulurpetta in Nellore district.

The second AP Police team also returned disappointed with no clue about the renegade judge’s whereabouts. Police sources said the team went to Tada after his mobile signal was last picked up near the Andhra Pradesh town close to the Tamil Nadu border. “Since then, both his mobile phones are switched off,” sources said.

On its part, the Tamil Nadu police also sent teams to his son’s residence in Choolaimedu in the city as well as his native place in Cuddalore district.