Public hearings in Kulbhushan Jadhav case on May 15: ICJ

The hearings will be devoted to the request for the indication of provisional measures submitted by India, says ICJ. 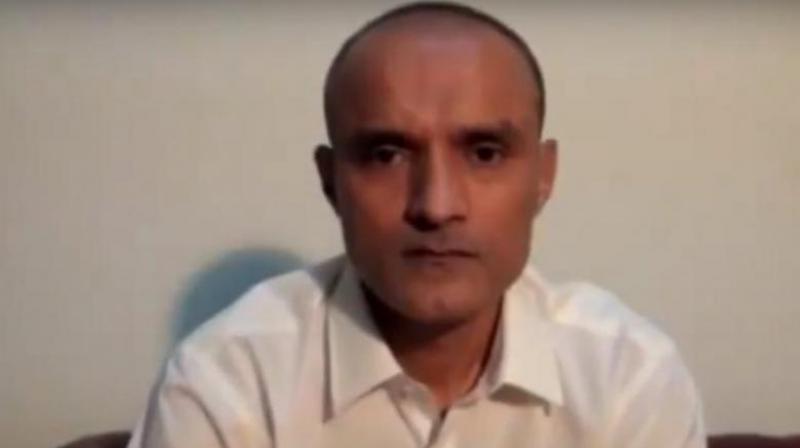 The announcement was made by ICJ on Wednesday night, a day after it stayed Jadhav's execution following India's initiation of proceedings against Pakistan. (Photo: PTI)

New Delhi: The International Court of Justice (ICJ) will on Monday hold public hearings in the case of retired Indian Navy officer Kulbhushan Jadhav, who has been sentenced to death by a Pakistani military court.

The announcement was made by ICJ on Wednesday night, a day after it stayed Jadhav's execution following India's initiation of proceedings against Pakistan, accusing it of 'egregious violations of the Vienna Convention on Consular Relations'.

"The International Court of Justice (ICJ), the principal judicial organ of the United Nations, will hold public hearings on Monday, May 15, 2017 in the proceedings instituted by India on May 8, 2017 against Pakistan. The hearings will be devoted to the request for the indication of provisional measures submitted by India," the ICJ said in a release.

India had told ICJ that Jadhav "will be subjected to execution unless the court indicates provisional measures directing the government of Pakistan to take all  measures necessary to ensure that he is not executed until the court's decision on the merits" of the case.

India also pointed out that Jadhav's execution 'would cause irreparable prejudice to the rights claimed by India'. Noting that India has been informed by the ICJ that an action has been initiated on the 'provisional measures' sought by New Delhi, External Affairs Ministry Spokesperson Gopal Baglay in New Delhi said there is 'legal juridical procedure' that will be followed.

Earlier, the ICJ president wrote to Pakistan prime minister, saying, "In my capacity as president of the court, I call upon Your Excellency's government, pending the court's decision on the request for the indication of provisional measures to act in such a way as will enable any order the Court may make on this request to have its appropriate effects."

On whether the 'provisional measures' granted by the ICJ including a halt to Jadhav's execution was binding on Pakistan, Baglay referred to the clauses in ICJ rules which said, "a request for the indication of provisional measures shall have priority over all other cases".

India had submitted that it has information that Jadhav was "kidnapped from Iran, where he was carrying on business after retiring from the Indian Navy and was then shown to have been arrested in Baluchistan" on March 3, 2016, and that the Indian authorities were notified of that arrest on March 25, 2016, a ICJ press release had said yesterday.

Jadhav, 46, was given death sentence last month by the Field General Court Martial in Pakistan, evoking a sharp reaction in India which warned Pakistan of consequences and damage to bilateral ties if the 'pre-meditated murder' was carried out. Jadhav was sentenced to death for 'espionage and subversive activities'.

India acknowledges that Jadhav had served with the Navy but denies that he has any connection with the government. India has also handed over to Pakistan an appeal by Jadhav's mother, initiating a process to get his conviction overturned.