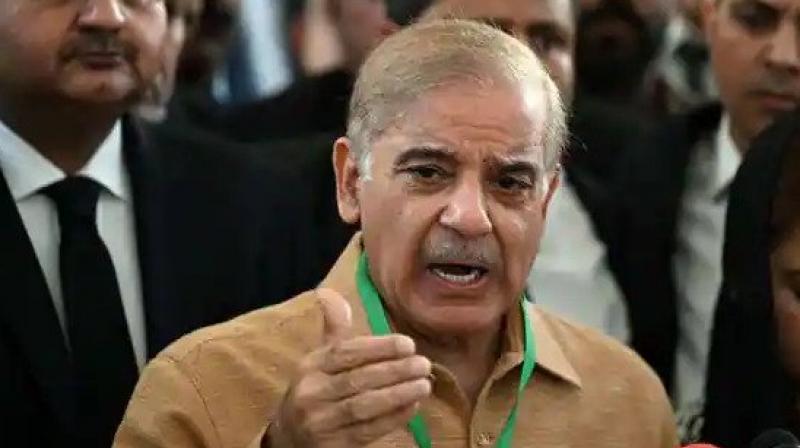 New Delhi/Islamabad: With Pakistan Muslim League-Nawaz (PML-N) president Shehbaz Sharif tipped to take over as Pakistan’s new Prime Minister Monday after the National Assembly formally elects him when it meets in the afternoon, the Indian government is cautiously optimistic that relations between the two neighbouring nations could improve in the coming months.

Observers in New Delhi feel Mr Shehbaz Sharif might tread cautiously on ties with India due to the hawkish position adopted on the Kashmir issue by his political rival, former PM Imran Khan, in the past three years. Mr Sharif also raked up the Kashmir issue on Sunday, saying that while Pakistan wants peace with India, lasting peace was not possible without a resolution of the Kashmir issue.

Mr Sharif on Sunday nominated himself for the PM’s post after the unceremonious ouster of Imran Khan, who has called on his supporters to join him on the streets in protest against an “imported government”. The process of electing the new Leader of the House began Sunday after Mr Khan was removed through a no-confidence vote, the first PM in the history of Pakistan to be sent home after losing the trust of the House.

The joint Opposition -- a rainbow of socialist, liberal and radically religious parties -- nominated Shehbaz Sharif, 70, for the PM’s post while ex-foreign minister Shah Mahmood Qureshi was named by Imran Khan’s Pakistan Tehreek-e-Insaf (PTI) as its candidate.

Mr Khan’s successor will be elected at a special session of the National Assembly that has been called at 2 pm on Monday. In the House of 342, the winner will need 172 votes to become the new Prime Minister.

On ties with India, the restoration of both trade ties and full-fledged diplomatic relations at the level of high commissioners are expected to be the key indicators in case the new government in Islamabad decides to test the ground. Mr Sharif is believed to have the support of Pakistan’s powerful military that has successfully implemented a ceasefire at the Line of Control with Indian troops from February last year.

Mr Sharif, who was earlier chief minister of Pakistan’s most populous and politically-important Punjab province, is also seen as an extremely efficient administrator and a pragmatist whose focus will be to revive Pakistan’s ailing economy. He is the younger brother of former Pakistan PM Nawaz Sharif, but unlike his older brother, who is now virtually in exile in London, Shehbaz Sharif is seen to be trusted by the military establishment. Interestingly, Pakistan Army chief, Gen. Qamar Javed Bajwa, whose second three-year term is due to end later this year, had recently sounded a conciliatory note publicly about ties with India and a resolution of the Kashmir issue through dialogue. Speculation has been rife of continuing the Track 2 engagement between intellectuals from both nations, with a recent round believed to have taken place a few weeks ago in a Middle Eastern country.

Since the Indian and Pakistani armies implemented a ceasefire at the LoC in February last year, which has successfully been maintained so far, there was hope political ties would improve in view of the widespread perception that the Pakistan Army was in favour of going forward with the momentum and improving ties with India. But it did not happen as the Imran Khan government refused to engage with India and instead set a precondition that New Delhi first reverse its move taken in August 2019 of revoking Article 370, which conferred special status on Jammu and Kashmir. The Pakistan government’s demand was seen as untenable by New Delhi, as many in Pakistan advocated resumption of trade ties with India that were crippled since August 2019. However, the Pakistan government did not budge.

It may also be recalled that Prime Minister Narendra Modi had gone on a surprise though brief visit to Lahore in December 2015, when Nawaz Sharif was PM, and was seen to have a good rapport with him. Nawaz Sharif was later forced to quit as PM and subsequently moved to London for medical treatment. Given the fast-paced political developments in Islamabad on Saturday night, New Delhi is waiting and watching keenly.

For Shehbaz Sharif, it will be a real challenge to shepherd the motley herd that includes four Independents and allow Parliament to complete its five-year term that ends in August 2023. Before filing his nomination, he offered “special thanks” to those who stood up “for the Constitution”. He then added, while addressing the National Assembly on Sunday: “I don't want to go back to the bitterness of the past. We want to forget them and move forward. We will not take revenge or do injustice; we will not send people to jail for no reason, law and justice will take its course.”

A petition has meanwhile been filed in the Islamabad high court seeking to prevent Imran Khan and his former ministers from leaving the country. The court will hear the petition on Monday. The Federal Investigation Agency has put its immigration staff at all international airports on high alert with a directive to stop any official linked to the Imran Khan government from travelling abroad without a no-objection certificate.