The voting for seven phased Lok Sabha polls will culminate on May 19, while the counting will be held on May 23. 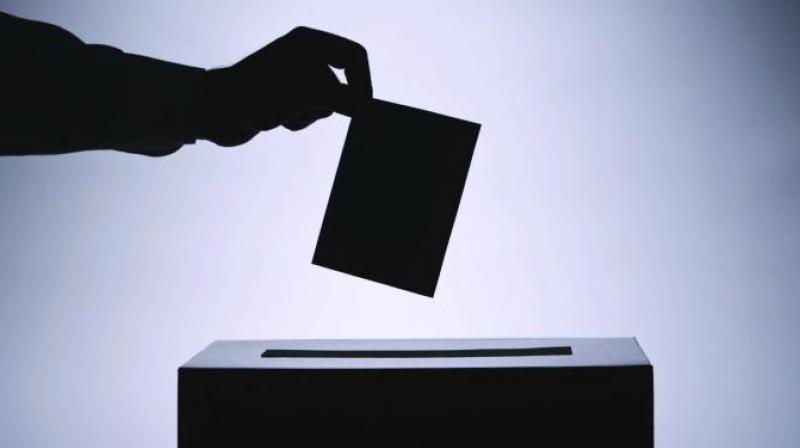 Apart from this, all the five parliamentary constituencies of Uttarakhand will also witness polling on April 11. (Representational image)

New Delhi: The bugle for 2019 Lok Sabha elections will be sounded on Thursday, April 11, when 91 constituencies across 18 states and two union territories will cast their vote in the first phase of the seven phased polls.

Apart from this, all the five parliamentary constituencies of Uttarakhand will also witness polling on April 11. The voting for seven phased Lok Sabha polls will culminate on May 19, while the counting will be held on May 23.

The eight seats of western Uttar Pradesh which will go to polls in the first phase of Lok Sabha elections, sees the BJP facing a tough contest in all the seats due to the alliance of Samajwadi Party (SP), Bahujan Samaj Party (BSP) and Rashtriya Lok Dal (RLD) against it.

The Congress is also seeking to put up a good show and is likely to cut into votes of both the BJP and the combined alliance. A total of around 1.5 crore voters from these eight seats will vote in the first of the seven phases on Thursday.

They are almost 10.45 per cent of the total over 14 crore voters who will poll for all the 80 Lok Sabha seats from the state.

The first phase of polling in western Uttar Pradesh is crucial as any polarisation in this region — as seen during the 2014 Lok Sabha elections — may help the BJP get an impressive tally.

In Muzaffarnagar, Ajit Singh, a candidate of the SP-BSP-RLD alliance, is pitted against former Union minister Sanjiv Balyan, where Muslim voters dominate in all five assembly segments of this seat. There are approximately 17 lakh voters, among whom Muslims constitute over 26 per cent followed by 15 per cent Jatavs and around eight per cent Jats.

In Ghaziabad, Union Minister V K Singh, who is seeking his re-election, is locked in a triangular contest with Suresh Bansal, the candidate of the SP-RLD-BSP coalition and Congress nominee Dolly Sharma, a young professional with a political lineage.

From Gautam Budh Nagar (Noida), the fate of Union Minister Mahesh Sharma is at stake here in a triangular contest. The Congress has fielded Arvind Kumar Singh, while the BSP’s Satveer is the joint candidate of the SP-BSP-RLD alliance.

The BJP has repeated its outgoing MP Raghav Lakhanpal in Saharanpur, while the Congress has fielded Imran Masood who had put up a strong fight in 2014, when he had lost to Mr Lakhanpal by about 65,000 votes.

Uttarakhand will see 52 candidates vying for all the five Parliamentary seats in the first phase of the election.

Some of the key seats in Andhra Pradesh are Vizianagram, where Telugu Desam Party’s (TDP) Ashok Gajapathi Raju - a former union minister and who is also a member of the erstwhile royal family of the region is in the fray. And Guntur, where TDP’s sitting MP Jayadev Galla will be seeking re-election.

In Telangana, All India Majlis-e-Ittehadul Muslimeen’s (AIMIM) Asaduddin Owaisi will seek re-election from Hyderabad, from where his family has been winning since the past almost 30 years. The ruling Telangana Rashtra Samiti’s (TRS) is lending its support to Mr Owaisi, thus making his prospects brighter from there.

TRS head and chief minister K Chandrashekhar Rao’s daughter and sitting MP, K Kavita, will contest from Nizamabad. Interestingly she will contest against 179 farmers, who as a mark of protest, have decided to fight against her.