Dissident BJP leader Yashwant Sinha on Tuesday targeted the Modi government on the issue of Kashmir yet again. 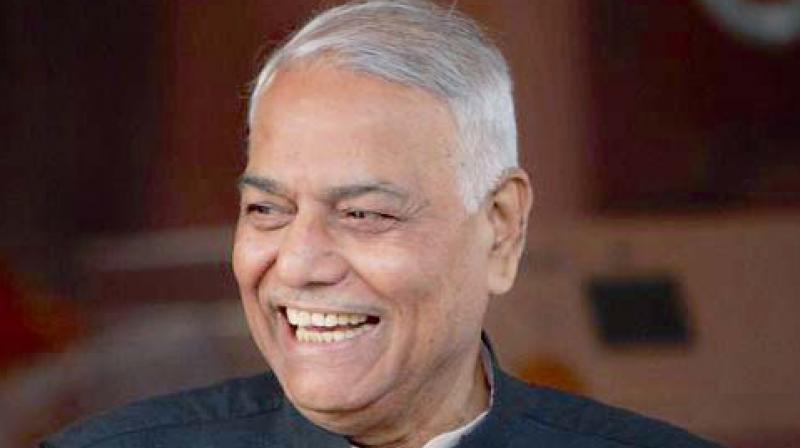 New Delhi: Dissident BJP leader Yashwant Sinha on Tuesday targeted the Modi government on the issue of Kashmir yet again. The Concerned Citizens Group, including former Union Minister Yashwant Sinha and former National Commission for Minorities chairperson Wajahat Habibullah, expressed deep anguish over the escalation in violence and said the solution to the present crisis lies in political dialogue.

In a statement on Tuesday, the group said: “Violence in the Kashmir Valley shows no signs of abating and is, in fact, being stoked by “talk of revenge” and “unrestrained public statements” from various actors.

“We note with deep anguish the recent escalation in violence in Kashmir. This has led to avoidable loss of civilian lives as well as that of security force personnel. What is worse is that the violence shows no signs of abating. In fact, it is being stoked further by unrestrained public statements by various actors and the talk of revenge,” the statement said. It was also signed by author Rajmohan Gandhi, former Delhi High Court chief justice A P Shah, former special secretary in the cabinet secretariat Vappala Balachandran,  ex-air vice marshal Kapil Kak, former secretary in the ministry of external affairs and others.