Anupam Kher seems to have gotten into the skin of Manmohan Singh and it is evident in the way he walks as could be seen in the video clip. 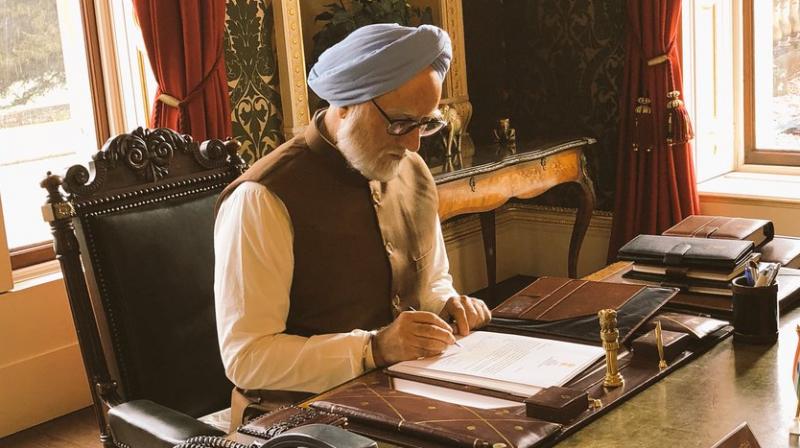 'The Accidental Prime Minister' is slated to release on December 21. (Photo: Twitter/@AnupamPKher)

Mumbai: Just days after actor Anupam Kher started shooting for his upcoming film based on Manmohan Singh, 'The Accidental Prime Minister', first clip of the film from the sets in London is out. And going by the 9 seconds clips, one can say that the actor is the right choice for the part.

Kher seems to have really gotten into the skin of Manmohan Singh and it is evident in the way he walks as could be seen in the video clip.

Kher had earlier said, “The opportunity of portraying a contemporary personality like Dr Manmohan Singh in The Accidental Prime Minister is an immense challenge for me as an actor. He is part of a 24/7 media era where world knows his persona minutely. I have been internalising this character for the past few months. I look forward to translating that effort into cinematic reality.”

On April 5, the 63-years-old actor shared his first look from the film, which left people stunned by the actor’s uncanny resemblance to Manmohan Singh.

Based on Sanjay Baru’s book of the same name, the film is being directed by debutant Vijay Ratnakar Gutte.

The film also features Akshaye Khanna as Sanjaya Baru, the former media advisor to the prime minister, and Aahana Kumra who will be seen playing Priyanka Gandhi.

'The Accidental Prime Minister' is slated to release on December 21.