The Wakf board is fighting with the Archaeological Survey of India (ASI) over the ownership of the Taj Mahal. 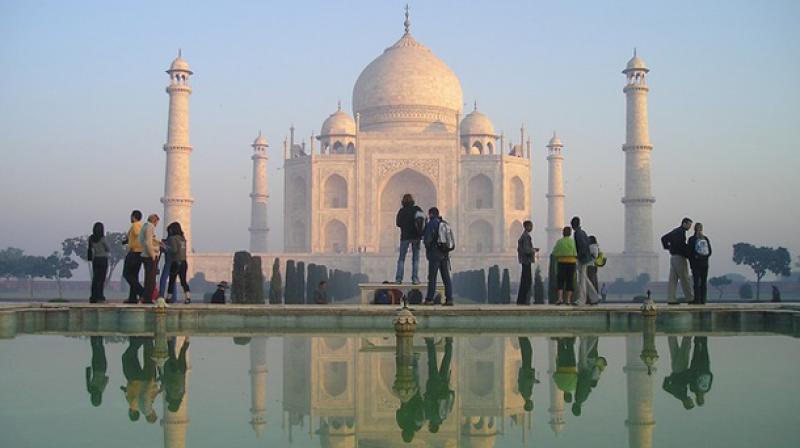 A three-judge bench of the Supreme Court directed the Wakf board to produce documents signed by Mughal emperor Shah Jahan to prove its claim over Taj Mahal. (Photo: File)

New Delhi: “Then you show us the original deed executed by Shah Jahan. Show us the signature.”

This is what the Supreme Court on Tuesday asked the Uttar Pradesh Sunni Wakf Board to produce to it. The board has claimed that Mughal emperor Shah Jahan executed a wakfnama to declare Taj Mahal its property.

The Wakf board is fighting with the Archaeological Survey of India (ASI) over the ownership of the Taj Mahal.

A three-judge bench of the apex court directed the board to produce documents signed by Mughal emperor Shah Jahan to prove its claim over the monument.

The court has given a week’s time to the board to produce the signatures of the Mughal emperor who died in 1666.

“Who in India will believe it belongs to the wakf board? These kind of issues must not waste the time of the Supreme Court,” a bench led by Chief Justice of India Dipak Misra told the board.

The bench comprising Chief Justice Dipak Misra and Justices AM Khanwilkar and DY Chandrachud reminded the board that the 17th century monument and other heritage structures built by the Mughals had passed on to the British after the Mughal rule, came to be vested with the government of India after Independence and were being managed by the ASI.

Appearing for the board, senior advocate VV Giri said Shah Jahan executed a wakfnama in favour of the board, a submission challenged by ASI. Following this, the court asked them to produce the signatures.

The ASI in 2010 had petitioned the court against the wakf board’s July 2005 decision ordering that the Taj be registered as the latter’s property. There is a stay on the order.

According to a report in Hindustan Times, CJI Misra, however, had a few questions for the board.

“How did he (Shah Jahan) sign the wakfnama? He was in jail and used to view the monument while in custody,” he asked.

ASI advocate ADN Rao said there was no wakfnama.

“Under the 1858 proclamation, the properties taken over from the last Mughal emperor, Bahadur Shah Zafar, by the British vested with the Queen. By the 1948 act, the buildings were taken over by the Indian government,” he said.

The board had in July 2005 given the order to declare Taj Mahal a Wakf property on a petition filed by Mohammad Irfan Bedar.

Bedar had moved the Allahabad high court because the board delayed its decision on the petition he filed in 1998. It was on the high court’s order that the board looked at his petition ordered that the monument be registered as a Wakf property.