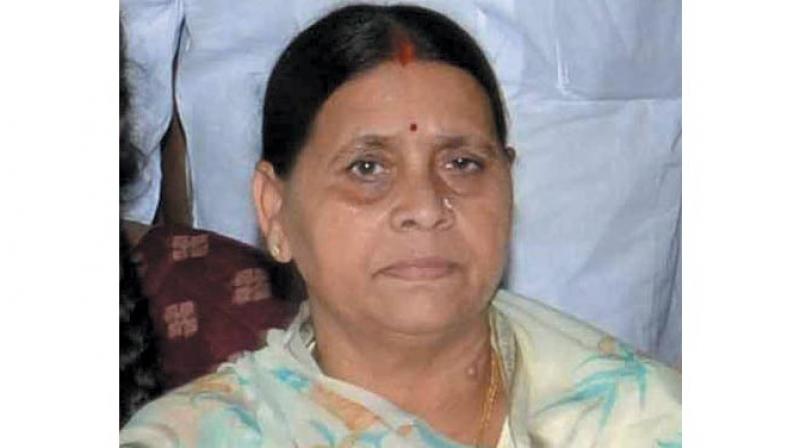 However, the state government officials and the ruling Janata Dal (United) defended the recall of security from Rabri Devi's house on Tuesday night, saying the house guards had been provided to her husband Lalu Prasad, who enjoys 'Z' category security.

The guards were asked to return as the RJD supremo is currently in jail, they said.

Expressing anguish over the withdrawal of guards, Tejashwi Yadav in a tweet said, "Just now at the stroke of midnight, Nitish Kumar has called back 18 house guards deployed in the security of the two ex-CMs. Surrendering our security to Nitish ji so that he can increase his own security as he is the most namby-pamby CM of the country."

"Returning the security (covers) provided to my mother Rabri Devi as ex-CM, to my brother as an MLA and to me as Leader of the Opposition. Hope Nitish Kumar gives up acting spitefully and concentrates on doing something constructive," he added.

Earlier, Rabri Devi, in a letter to Chief Minister Nitish Kumar, said the recall of house guards has left the security of her residence and family in "tatters".

"As soon as my husband went to jail on December 23, all the security personnel deployed in his security were withdrawn by the state government. Those who remained were part of the security cover provided to me and the residence allotted to me in the capacity of former chief minister," she wrote.

Rabri Devi said she did not see any point in retaining the security personnel as an "eyewash".  "I am therefore returning herewith all security personnel and escort vehicles deployed at my residence. If anything untoward happens to me or my family members, the state Home Department and the minister in-charge of the same shall be responsible," she said.

The Bihar chief minister has kept the Home portfolio with himself.

"The safety of myself and my family would be ensured by the workers of my party and the people of Bihar. Many congratulations to you and your government for taking such a step," the RJD national vice-president said in the letter.

Talking to reporters outside her residence on Wednesday, Rabri Devi alleged a conspiracy to eliminate her and her family members.

"The state government's action is a conspiracy to eliminate me and my family members, hatched at the behest of Nitish Kumar and his deputy Sushil Kumar Modi," she said.

Meanwhile, a top police official said it is common to recall security personnel when the VIP, they are attached to, is physically absent.

"Those security personnel were part of Prasad's security cover and there was no point in keeping them at 10, Circular Road," he said.

JD(U) spokesman and MLC Sanjay Singh told reporters hat there is no provision of law under which a person serving sentence in a jail can be provided security cover by the state government. "

The RJD leaders are trying to garner public sympathy by playing the victim card," Singh said.

Strongly criticizing the move, RJD leader Shivanand Tiwary said, "I wonder whether Nitish Kumar has lost his sense of discretion. Only on Tuesday Bihar witnessed so much of violence by those opposed to reservation for Dalits and backwards. Leaders like Lalu and his family members face a heightened threat in such an environment."