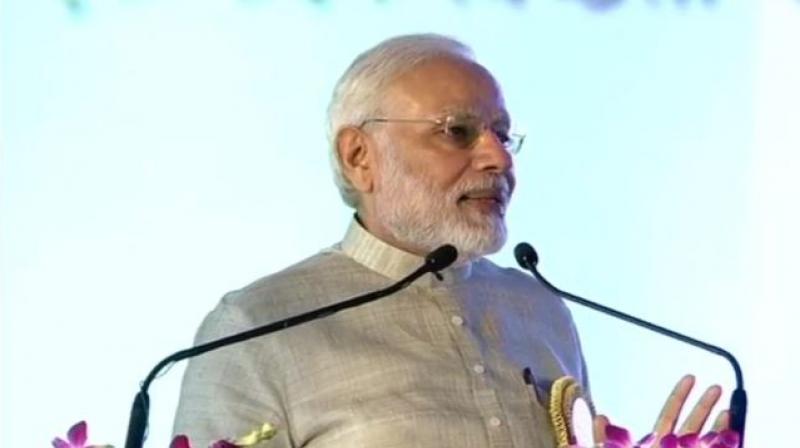 New Delhi: As promised ahead of the 2014 Lok Sabha polls, Prime Minister Narendra Modi is preparing to present his government’s report card that is expected to reel off figures on reduction in black money, increase in smart cities, Ganga cleansing, employment generation and economic reforms leading to increase in foreign direct investment and improved financial health of banks fighting non-performing assets.

The Prime Minister’s office has asked all ministers to enlist their achievements and compare them with promises made by the BJP in its 2014 Lok Sabha manifesto. The move is seen as the party’s preparation for 2019 elections.

Sources said Mr Modi’s report card may touch on issues like the status of Section 370 in Jammu and Kashmir, smart cities and their development, Namami Gange which deals with cleaning of the river, employment generation, FDI attracted under the NDA government, reduction in black money and the status of non-performing assets in public sector banks.

The Modi government’s achievements are likely to be compiled in the form of a booklet for wide circulation. A massive media blitzkrieg may complement the exercise, sources said.

I&B secretary N.K. Sinha has written to ministries asking them to collect details on their achievements in the past four years.

The information is expected to be used by the Press Information Bureau, the government’s publicity arm, for wider circulation as the Modi government completes four years in office on May 26.

It is learnt that ministers have been asked to prepare status reports with a political perspective and highlight how government schemes have benefited the masses.

A committee of four ministers, headed by railway minister Piyush Goyal, is expected to oversee the preparation of the government’s performance report card. Other members on the committee are information and brodcasting minister Smriti Irani, petroleum minister Dharmendra Pradhan and rural development minister Narendra Singh Tomar.