PM Modi to hand out sops to Naxal-hit Bijapur 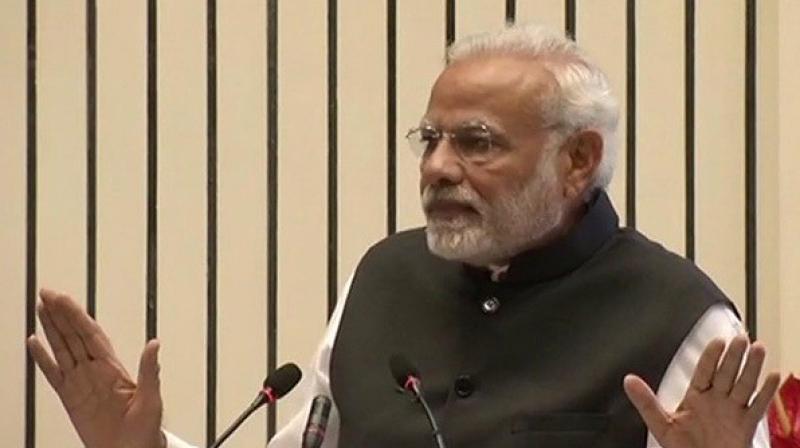 New Delhi: Counted among the most naxal-violence affected districts of Chhattisgarh, Bijapur may soon become the beneficiary of several basic amenities like health centres, banks, schools, and regular power supply among other facilities.

Prime Minister Narendra Modi, who will visit the district on April 14 — the birthday of Dr Ambedkar — is likely to announce some of these projects, during his day-long stay in the troubled region, which according to sources, is also being seen as the Centre’s no-nonsense policy against naxals.

On April 8, barely a week before Mr Modi’s visit, two security personnel were killed in an IED blast in Jangla region of Bijapur.

If sources are to be believed, the Prime Minister could even hold a roadshow there to send a signal of peace and ‘vikas’ (development) to the people and a strong message to naxals due to the threat of a naxal attack.

The Prime Minister’s likely announcements of several social initiatives for the region can be seen in this context.

In fact, according to highly placed sources, Mr Modi also held a meeting with the top Niti Aayog officials late on Tuesday evening to shortlist the proposals which are to be announced during his visit to Bijapur on the birthday of the dalit icon.

There are chances that he may even launch the Centre’s ambitious ‘Ayushman’ scheme from Bijapur, which offers health insurance of up to  5 lakh to 10 crore people.

Sources further informed that Mr Modi’s Tuesday’s meeting with Niti Aayog CEO Amitabh Kant and other officials centered around only those proposals which can be concretised within a practical time limit.

Another reason behind the Prime Minister’s visit to Bijapur is that it has scored highest points.

It also emerged as the top district in the Delta ranking initiated by Niti Aayog for the 115 aspirational districts. Mr Modi had on January 5 this year, unveiled the aspirational districts programme, under which 115 most backward districts of the country are to be brought at par with other regions through improvement under various development parameters. At that time he had said that he would be visiting the best performing district on April 14.

While Niti Aayog recently released a list of districts which have done well as per baseline ranking (initial ranking done in January), as per Delta ranking (which takes into account work done in the 115 districts between January and March 2018), Bijapur has emerged as the top performer.

Last week, sources further informed that Mr Kant had held a high level with all the secretaries of the union ministries to discuss what facilities could be provided in the naxal-hit region of  Bijapur.

They added that a host of suggestions ranging from setting up of banks, health centres, schools and other amenities, had come up during the whole interaction.