If needed, will use ‘sticks and bullets’ to dislodge BJP in C’garh: Cong MLA

BJP leader and state Forest Minister Mahesh Gagda slammed Uike and said he was speaking the language of the Naxals. 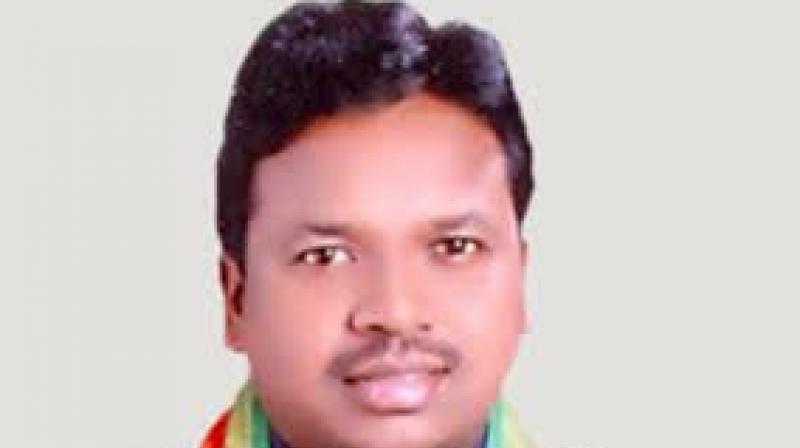 Congress MLA Ram Dayal Uike said 'sticks and bullets' will be used, if needed, to throw the BJP out of power in Chhattisgarh. (Photo: inc.in)

Korba: Congress MLA Ram Dayal Uike kicked up a row today, saying "sticks and bullets" will be used, if needed, to throw the BJP out of power in Chhattisgarh, drawing a sharp rebuke from the ruling party.

"Lathi, goli chalana padhe to chalayenge, lekin Bharatiya Janata Party ko Chhattisgarh se bhagayenge (will use sticks and bullets, if required, to throw the BJP out of the state)," the Pali-Tanakhar MLA said at Sinthiya village, while administering a pledge to the party workers to form a Congress government in the state, where the Assembly polls are due later in 2018.

AICC general secretary and the Congress' Chhattisgarh affairs in-charge, PL Punia, who was also present at the programme, defended Uike, saying the MLA used such words only as "idiomatically".

"His (Uike's) intention was to say that the party organisation will put all its strength to dislodge the BJP government. He used the words (sticks and bullet) only idiomatically," Punia said.

However, BJP leader and state Forest Minister Mahesh Gagda said Uike was speaking the language of the Naxals.

"The comment reflects the criminal mindset of the Congress and shows that it can go to any extent for the sake of power," he said.

Gagda said the BJP was voted to power for the third time in a row in Chhattisgarh in 2013 with the blessings of the people.

"The Congress is making such comments, because it has become frustrated after seeing the support being extended by the people to the Lok Suraj Abhiyan of Chief Minister Raman Singh and to the BJP's jansampark yatra," he added.