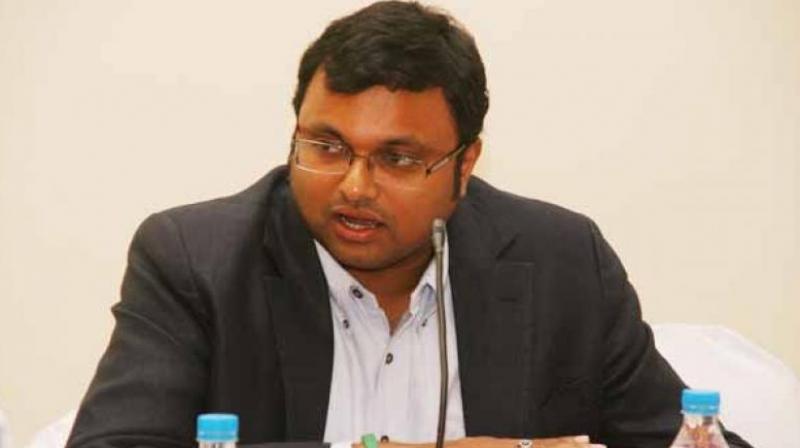 New Delhi: The CBI and the Enforcement Directorate (ED) on Tuesday grilled former Bihar chief minister Rabri Devi and Karti Chidambaram, son of former finance minister P. Chidamabaram, in two different cases. While the ED questioned Karti in connection with Aircel-Maxis money laundering case, the CBI interoorgated Rabri Devi in connection with the alleged IRCTC hotel scam during the tenure of her husband Lalu Prasad as the railway minister.

According to sources, Karti was questioned for the first time by the ED in connection with the case which is related to the Foreign Investment Promotion Board (FIPB) approval granted by his father in 2006. It is suspected by the ED that an alleged payment of Rs 26 lakh was made by Aircel Televentures Limited to ASCPL, the firm allegedly linked to Karti, within a few days of the FIPB approval, they claimed. The agency said it is investigating “the circumstances of said FIPB approval granted by the then finance minister (Chidambaram)”.

The agency further said FIPB approval in the Aircel-Maxis FDI case was granted in March 2006 by Chidambaram even though he was competent to accord approval on project proposals only up to Rs 600 crore and beyond that it required the approval of the Cabinet Committee on Economic Affairs (CCEA).

“In the instant case, the approval for FDI of 800 million USD (over Rs 3,500 crore) was sought. Hence, CCEA was competent to grant approval. However, approval was not obtained from CCEA,” the agency alleged. The agency said its probe revealed that the case of the said FDI was “wrongly projected as an investment of Rs 180 crore so that it need not be sent to the CCEA to avoid a detailed scrutiny”.