The Centre has rushed 2,000 paramilitary personnel to Odisha to assist the local administration. 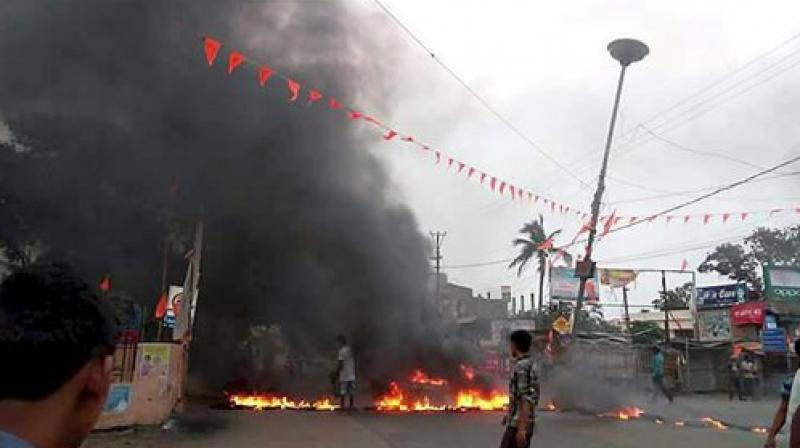 A scene after a communal tension broke out in Bhadrak,Odisha. (Photo:PTI)

New Delhi : Curfew has been relaxed till 2 pm on Tuesday in Odisha's Bhadrak town, which was rocked with violence over alleged abusive comments against Hindu deities on Facebook.

Curfew continues to see-saw between being relaxed and re-imposed in Bhadrak as Odisha Police's crime has begun its probe into the recent violence.

The Centre has rushed 2,000 paramilitary personnel to Odisha to assist the local administration.

20 companies of the paramilitary personnel were dispatched to Odisha to help restore normaly in the district.

Fresh violence erupted in some areas earlier this week after talks failed to resolve the row triggered by alleged abusive remarks on social media against a particular community.

Though Section 144 was imposed in the town, the officials had to clamp curfew as the situation deteriorated further.