India   All India  11 Mar 2020  Octogenarian who travelled from Dubai tests positive for coronavirus in Jaipur
India, All India

Octogenarian who travelled from Dubai tests positive for coronavirus in Jaipur 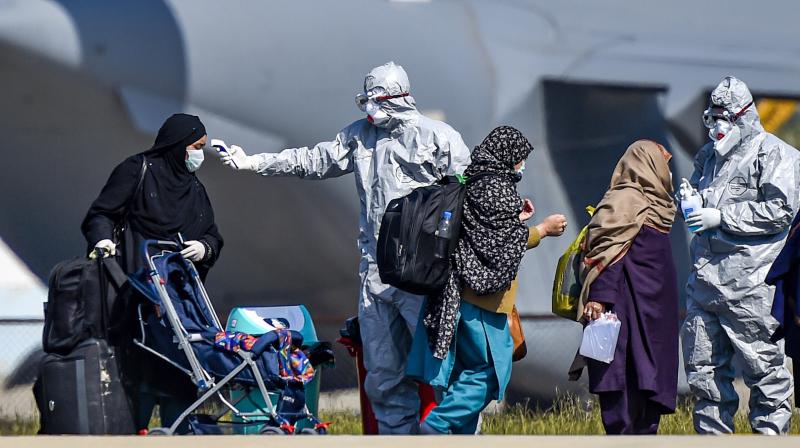 Jaipur: A 85-year-old man in Jaipur, who had returned from Dubai on February 28, has tested positive for coronavirus, a state government official said on Wednesday.

He was found presumptive positive in the first test on Tuesday and hence, a second test was conducted with fresh samples, the reports of which arrived late Tuesday night, Additional Chief Secretary, Medical and Health, Rohit Kumar Singh, said.

“The man who travelled to Dubai has been tested positive for coronavirus. It has been confirmed now,” Singh said.

“We have also got the manifest of the Spicejet flight he took from Dubai to Jaipur and are doing due diligence on that,” the official said, adding that intense contact tracing was underway.

The man has been kept in isolation at the SMS Hospital here.

“The man came to the hospital on Monday with symptoms of the virus. After the first test, his wife and son too have been kept in isolation at the hospital. The two, however, do not have coronavirus affliction symptoms,” Singh said.

A total of 235 people who came in contact with the octogenarian and his family have already been traced and are being monitored, he said.

Other contacts are also being traced, Singh added.

An Italian couple, who tested positive for COVID-19 last week, are also admitted in the hospital but their condition is improving, he said.