Michel was extradited from the UAE in December last year and was arrested by the ED. 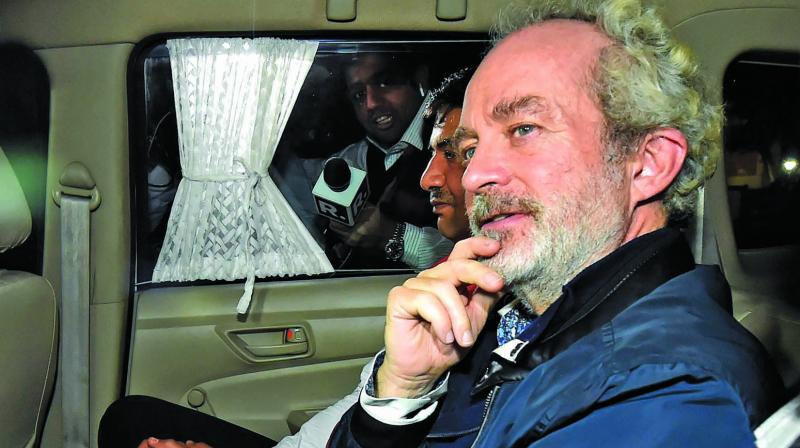 New Delhi: The ED said Monday it has attached a Paris-based property worth Rs 5.83 crore of the ex-wife of Christian Michel, the alleged middleman arrested in the VVIP choppers scam case, under the anti-money laundering law.

It said a provisional order under the Prevention of Money Laundering Act (PMLA) has been issued to attach the asset at 45 Avenue, Victor Hugo in France and it is in the name of Ms SCI Solaime and belongs to Michel's ex-wife Valerie Michel. The Enforcement Directorate alleged that the woman had received "proceeds of crime" of this scam from the accused, Michel. The agency said its probe found that Michel "had transferred the amount received as kickbacks to various entities, including euro 9,22,185.76 (equivalent to Rs 5,83,40,422) to his ex-wife Valerie Michel and subsequently to SCI Solaime for investment in purchase of the immovable property." Michel was extradited from the UAE in December last year and was arrested by the ED. He is in judicial custody. Michel is among the three alleged middlemen being probed in the Rs 3,600-crore case by ED and CBI. The others are foreign nationals Guido Haschke and Carlos Gerosa. The ED, in its chargesheet filed against Michel in June 2016, has alleged that he received euro 30 million about Rs 225 crore from AgustaWestland, the manufacturer of the helicopters.