‘SPICE bomb was sure of target’

SPICE was used because of the precision with which it hits the targets, avoiding collateral damage. 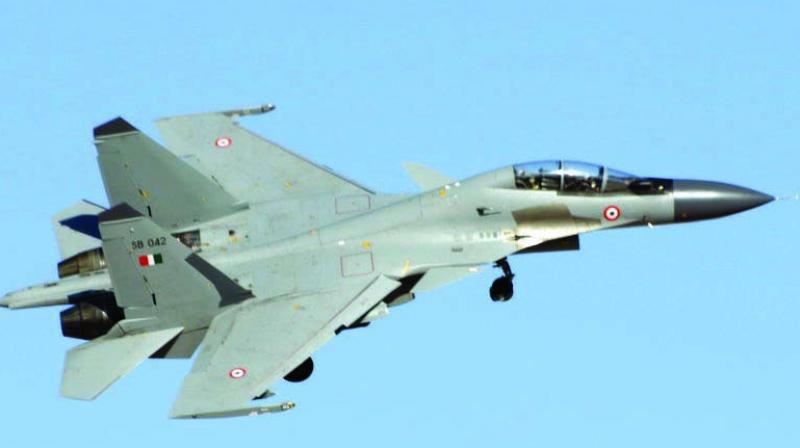 “SPICE was fed data such as the GPS coordinates and imagery of the location to be hit and it would not have left the aircraft till it was sure that the targets were in its range,” said sources.

New Delhi: The Israel-made  precision-guided glide bomb SPICE (Smart, Precise, Impact, Cost-Effective) used during the  Balakot strike could not have been fired by the IAF’s Mirage fighters if its systems bomb were unsure of hitting its targets, said sources.

“SPICE was fed data such as the GPS coordinates and imagery of the location to be hit and it would not have left the aircraft till it was sure that the targets were in its range,” said sources.

They said that the bomb determines where is the target of the aircraft. “The point of release is determined by the SPICE and the pilot has to reach till that point. Hence, the bomb determined how much we have to enter Pak istan airspace to hit targets,” said sources.

The advantage of SPICE bomb is that while it uses GPS co-ordinates to hit targets, it can operate even if enemy has deplo-yed GPS jammers. If GPS jammers are used than, it uses  unique scene-matching algorithms navigation guidance to hit targets which match the images which were fed into it.

“You can also determine the angle from which it will enter the building and its only after entering the building its blasts killing all soft skin targets (humans),” said sources.

Sources said that since the blasts were only within the building all people inside would have been killed with the shock waves created within the closed environment.

“One of the thing which has not been appreciated is the work done by intelligence people. They did ground work, identified the target where the terrorists were working and provided all other details. Without these, the air-strikes would have been impossible,” they said.