There are plenty of ethical questions to be asked from those who make a professional living out of their expertise in poverty and despair. 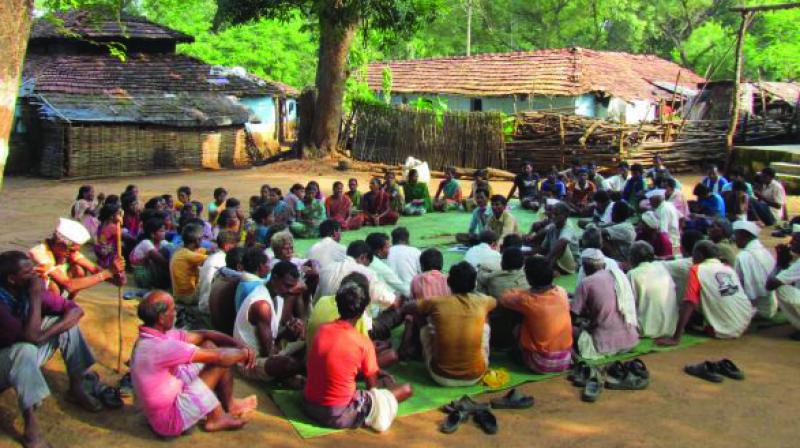 One of the most dispiriting features of the modern development discourse is the strong and pervasive influence of elitism in policy circles. One of the pitfalls of elitism is that it places a disproportionate value on the style rather than the content of the approach. Development experts live on a planet of their own — in total disconnect with the ground reality — dominated by summits, conclaves, and conferences. If we want to move the needle on tough problems, recycling jargon and reusing the same old frameworks are not good enough. It is easy to dish out lectures on development, but it is an arduous task to practice it. There is now a mountain of scholarships and a huge circuit of academics and researchers — dissecting statistics, furrowing through libraries, wracking brains and pontificating.

There are plenty of ethical questions to be asked from those who make a professional living out of their expertise in poverty and despair. I know that what used to be said about malaria applies as cynically to poverty too: There are more people living with it than dying from it. A number of NGOs make a killing on starvation deaths. For instance, at what point does a scholar stop being a scholar and become a parasite who feeds off despair and dispossession? Most development academics and professionals are researchers with little real-world experience. The underdeveloped and marginalised communities are highly stratified and intellectual sophistry is not a substitute for local level social and financial engineering.

There is a tribe of researchers which believe that Western development policies have failed. They're not just talking about individual, misguided projects — they're referring to the entire model. They believe that development aid merely exports Western notions of poverty, consumerism and wealth to traditional village communities and creates an unhealthy dependency. According to them, development aid does more to boost the global economy than to improve the lives of the people it supposedly intended to help.

During my career in development, I have seen projects and strategies succeed as well as fail. I have seen misguided project designs, poor implementation, and the squandering of large sums of money. But I have also witnessed incredible achievements. When development works well, it can transform lives by providing the underprivileged with the capital and knowledge that can open up opportunities for them and reduce their poverty. The development community seems constantly and restlessly in search of a singular approach. The fundamental flaw with this system is that each new approach fails to break out of the underlying technocratic and specialised paradigm.

The dichotomy between the economic might of India vis-a-vis the reality of our crumbling development sector, leading to India being ranked amongst the lowest in the Human Development Index is a pointer to what is wrong with our development paradigm. What are the ends of development — to show the growth in GDP, or to enhance people's capabilities and widen their choices and freedom?

In the impatience to wait for results, and the urgency to achieve career goals, it is so easy to get lost in our desk, in our task lists, in our spreadsheets and emails that we forget that our primary engagement with the development sector is as an agent of change. Lincoln, Ambedkar, Gandhi and Mandela didn't live to see the ultimate goals of their life's work accomplished but they laid the foundation for the revolution.

The truth of a village or/and it's marginalised community can come out only with time - time for trust to build between the villagers and outsiders and time for the outsider to peel away all the layers to get at the truth. In his reflections on fieldwork, the doyen of Indian anthropologists - professor M.N. Srinivas — has talked of successful ethnography as having to pass through three stages. An anthropologist is once born when he initially goes to the fields, thrust from familiar surroundings into a world he has very little clue about. He is twice born after he spent time living among the tribe and is able to see things from their viewpoint. To those anthropologists, fortunate enough to experience it, this second birth is akin to a Buddhist urge of consciousness for which years of study or mere linguistic facility is not enough to prepare. All of a sudden, one is about to see everything from the native's point of view — be it festivals, religious rites or social mores.

We must understand that there is no precooked blueprint for replication. Individuals can make a difference in fighting poverty when ways are found to institutionalise creative ideas. Replication of successful models continues to be a guiding mantra of development programmes. However, we must recognise, when examining specific experiences with replication in mind, that the personal charisma and passion of inspirational leaders cannot be transfused. The imposition of unwilling leaders has been the bane of most development programmes.

Poverty reduction is not a discipline. You can't get somebody from a university who has done a PhD in poverty reduction. Nor is there a talisman for eradicating poverty. It may also not be possible to lay down a standard blueprint for a rural development programme. Leadership in rural development programmes is a clinical art and people need the experience to learn it. From their own experience, development veterans can spell out the ingredients that one may need to be successful. But the practitioners shall have to work out their own recipes for blending these ingredients in the right proportions. There is so much cultural diversity even in neighbouring villages that a blueprint for one village may need a drastic change for a village next to it. The fact is that what works in Haryana does not seem to work well in Bihar and vice versa.

Consultants have for long been the key people in policy mechanics and there have been many incidences of glaring over-dependence on them. It is extremely necessary to moderate reports and prescriptions of consultants with ground realities. There are those who have been making the point, if the consultants are so confident of their advice and plans, why they don't execute it themselves? The old adage about teachers gets changed slightly: “Those who can, do; those who cannot, consult.”

Consultants do have a role to play but their prescriptions must be leavened with local knowledge to make them approximate to the local context. There is always something of continuing value about bringing an outsider in. If the consultant is experienced, he or she can sniff out problems. A wide knowledge of the way many other organisations have coped with similar problems can help provide solutions that the organisations by themselves could never have stumbled across. In addition, consultants can act as disseminators of the latest thinking in the academic and the practitioners’ worlds and of their own often considerable inner research to the real world.

Elitism has given rise to techno-utopians who see potentially revolutionary possibilities in the proliferation of cell phones and other shiny gadgets that appear and vanish with rapid periodicity. The promises are very seductive. The international development community is having a love affair with the mobile phone and other new technological apps. However, the reality is much harder than we imagine. It is easier to spread technology than to bring about extensive changes in social attitudes and in human capacity. It is easier to purchase a thousand PCs than to provide real education for a thousand children. It is much less agonising to run a text-messaging health hotline than to convince people to boil water before drinking it.

The “technological” layer is another tool — the means to an end — not a solution in and of itself. In certain conditions, it happens to be the most powerful tool and certainly enables services to be delivered efficiently at scale with great benefits. It has all to do with how we are using it and how we are defining the outcomes. The unfulfilled promise of past technologies rarely piques the most optimist advocates of the cutting edge, who believe that their favourite new tool is genuinely different from all others that came before. We must not forget that we are working with a constituency which is both politically and socially silent and silenced.