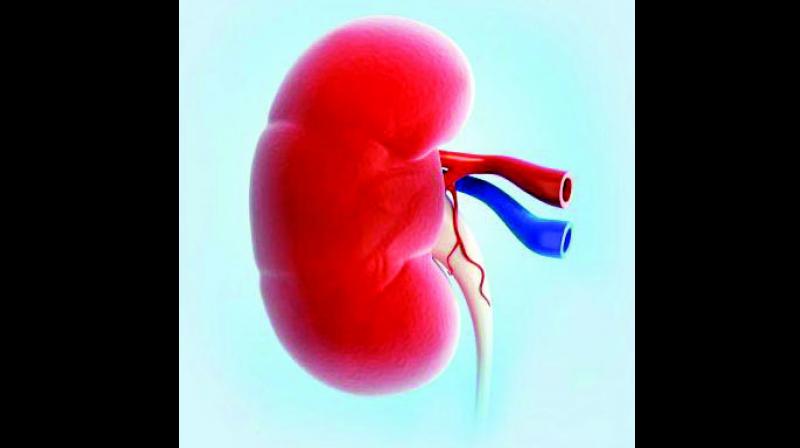 Traditional Indian herb Punarnava has been found to be effective in preventing and managing kidney ailments, researchers of at least two recent scientific studies have found.

New Delhi: Traditional Indian herb Punarnava has been found to be effective in preventing and managing kidney ailments, researchers of at least two recent scientific studies have found, adding to the increasing global recognition that ayurveda is getting.

As the Ayush ministry prepares to observe the World Kidney Day March 14, the scientific studies highlighting ayurveda’s benefit in kidney ailments assumes greater significance as there are limited options available in allopathy for treatment in this area. Senior nephrologist from Sir Ganga Ram Hospital Manish Malik agreed, “Scope of treatment in allopathy is very less, is costly and not fully successful as well. Hence, balanced diet and ayurvedic cost-effective drugs like Neeri KFT based on herbs like Punarnava can help all those kidney patients who are under regular dialysis.” Sanchit Sharma, executive director of Aimil Pharmaceuticals which is engaged in manufacturing and marketing of the herbal drug Neeri KFT among others, said that it was after numerous tests that this formulation has been developed for kidney patients.

According to a case study conducted in Banaras Hindu University which has been published in World Journal of Phar-macy and Pharmaceu-ticals Sciences, a woman kidney patient was given Punarnava  based syrup for a month. It was found that the creatinine level and urea level in her blood had gone down significantly to a healthy level. Not only this, her haemoglobin level had also improved. Hence, it was concluded that Punanrva based drugs not only make the kidney’s health but also improve haemoglobin level.

Similarly, another study published in the Indo American Journal of Pharmaceutical Research too talked about the efficacy of Punarnava-based herbal formulations.

It was found that the drug had helped in maintaining histological parameter of kidneys, apart from reducing high levels of uric acid.

The study said that “the syrup (Neeri KFT) is a potent nephro-protective formulation, protecting kidneys from nephrotoxins, including oxidative damage induced by lead acetate”.

Doctors warn that in the next two decades, apart from heart ailments and brain strokes, CKD will be the next major ailment that would potentially cause a lot of premature deaths among adults.