The 24-year-old Patidar quota agitation spearhead said the opposition party would have got an absolute majority had he met Rahul Gandhi. 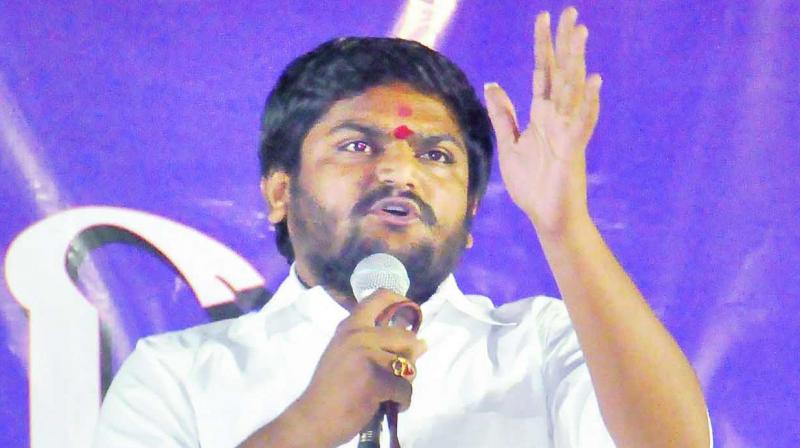 Patidar leader Hardik Patel said, 'It was a mistake. Had I met him (Rahul Gandhi), the BJP would have won 79 and not 99 seats.' (Photo: File)

Mumbai: Patidar leader Hardik Patel on Saturday said not meeting Congress president Rahul Gandhi ahead of the Gujarat polls was a mistake as it would have prevented the BJP from retaining power in the state.

The 24-year-old Patidar quota agitation spearhead, who had pledged support with the Congress for the Gujarat polls held in last December, said the opposition party would have got an absolute majority had he met Gandhi.

Speaking at the India Today Conclave in Mumbai, Patel said, "I have said this before as well and I am saying it now. I did not meet Rahul Gandhi. If I can openly meet Mamata Banerjee, Nitish Kumar and (Shiv Sena president) Uddhav Thackeray, there was no issue in meeting Rahul.

The BJP retained Gujarat by winning 99 seats in the 182-member Assembly. The Congress improved its tally, but could not oust the saffron outfit from its stronghold.

After dilly-dallying for weeks, Patel had, in November-end, declared that his Patidar Anamat Andolan Samiti (PAAS) would back the Congress in the Gujarat polls, after the latter accepted its demand for reservation to the Patidar community.

Patel reiterated his allegation that a high-ranking bureaucrat of Gujarat had offered him a bribe of Rs 1,200 crore to get the agitating Patels call off their quota stir. Stating that innocent people were killed in Gujarat during the quota agitation, Patel said sedition charges were slapped on people, who had to make regular court visits now.

"We also voted for (Narendra) Modi when he was the prime ministerial candidate. We had thought the youth of this country would get jobs...the farmers of the country would get a fair price for their produce, but all these things did not happen," he added. The Patidar leader also said that the BJP ran a communal election campaign, but once it came to power, it started speaking about inclusiveness. Top leaders of the saffron outfit were part of such campaigns, he added.

Referring to Uttar Pradesh Chief Minister Yogi Adityanath's recent remarks on Eid celebrations, Patel said the political discourse needed to be more positive, so that people from different communities were encouraged to celebrate their respective festivals.

Speaking at the event, student leader Kanhaiya Kumar said there was a trend in the country of Congress leaders leaving the party, joining the BJP and turning virtuous individuals overnight. "The BJP has become like a washing machine," he added.