Mufti Waqas was dubbed as 'killing machine' for his skills in motivating youths to become suicide attackers. 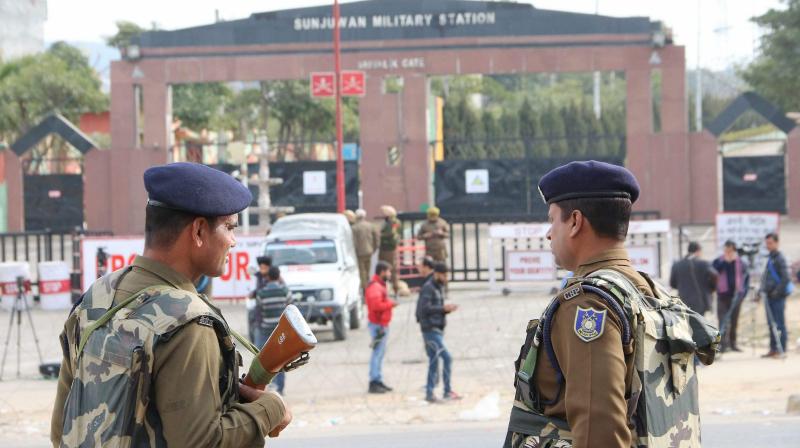 The killing of Mufti Waqas has dealt a severe blow to Jaish-e-Mohammed as he was planning to target other parts of India. (Photo: PTI/File)

New Delhi/Srinagar: The killing of Mufti Waqas, the mastermind of five recent suicide attacks in Jammu and Kashmir including the Sunjuwan strike, has dealt a severe blow to Jaish-e-Mohammed as he was planning to target other parts of India, officials said.

Barely 21 km away from the state capital of Srinagar, Waqas, who moved around under the 'code name' of Abu Ansar, was killed in one of the most swift operations carried out by the Jammu and Kashmir Police and the Army on March 5 in Haitwara village of south Kashmir's Pulwama district.

After February 10 attack at the Sunjuwan Army camp in Jammu, Waqas, an Afghan war veteran, was high on the radar of security agencies as he was giving continuous updates to 'handlers' in Pakistan and also assuring them that "the next attack" would be in hinterland of the country.

A crack team was formed by the police with the specific job to trail Waqas -- dubbed as a 'killing machine' for his skills in motivating youths to become suicide attackers.

It was found that he was instrumental in brainwashing and radicalising Fardeen Khanday, 16, and Manzoor Ahmed Baba, 21, to turn them into 'fidayeens' (suicide bombers).

The duo along with a Pakistani national stormed a CRPF camp on the intervening night of December 30 and 31, 2017, in South Kashmir's Lethpora, killing five security personnel.

All the three terrorists were killed in the retaliatory operation of the security forces.

Waqas had the capability to create many more suicide bombers, officials said.

A search was already on for three Kashmiri youths who had joined Jaish-e-Mohammed (JeM) last year, they said.

Swayam Prakash Pani, who has the distinction of becoming the youngest Inspector General of militancy-hit Kashmir Valley, refused to comment on the details of the March 5 operation which ended barely in 20 minutes.

"I can only say that after eliminating Noor Mohammed Tantray, Tallah Rashid and now Waqas, Jaish has suffered significantly," Pani said.

Officials in the know of the developments said Waqas's next target was to hit a strategic installation in the hinterland.

His phone, which was sent for analysis, showed that he was constantly in touch with a few people believed to be Jaish terrorists.

After the news of his death spread, tributes were paid to Waqas by Jaish cadres for his 11-month tenure in Kashmir.

The events leading to the March 5 success were based on a series of raids carried out by police in the highly-sensitive Tral area, which has turned into a Jaish bastion.

This put Waqas on the run and he started moving out of Tral area in South Kashmir.

After roaming for a few days, he chose Haitwara village as his hideout as it provided him easy access to Budgam area in central Kashmir.

Before closing in on Waqas, police with the help of the Army and the CRPF, had tightened the cordon so that he could not escape.

"This was a make or break mission as we knew if we get him alive, it will be a goldmine of information and if he gets killed, backbone of Jaish terror group would be broken," said an official involved in the operation.